Jimmy Karz is a former child actor who is very famous for his role in the movie named Matilda as a Bruce Bogtrotter. He is a most recognized part of the movie is when he got the punishment of scoffing at an entire oversized chocolate cake. However, after the 90s, he has preferred to stay away from the limelight.

Jimmy Karz was born under the birth sign Aquarius on January 26, 1984, in Los Angeles, California. He holds an American nationality and belongs to white ethnicity.

Regarding education, he completed his schooling at Grant High School in the year 2002. Later on, he joined the Philadelphia College of Osteopathic Medicine for his further education.

Jimmy Karz has a estimated net worth of $0.5 million as of 2021 from his career as a actor.

Jimmy Karz made his acting debut at the age of 12 after appearing in the 1996's hit movie, Matilda as Bruce Bogtrotter. He received a huge recognization from the movie where he has a chubby figure and long curly hair. His most notable part of the movie was when he ate an entire oversized chocolate cake as a punishment.

Following this, he was cast in the movie named The Wedding Singer in 1998 as Studliest Kid at Bar Mitzvah from which he has received huge recognition. The movie was able to make $123 million in box office collection. In the movie, he was seen alongside Adam Sandler, Christine Taylor, among others. 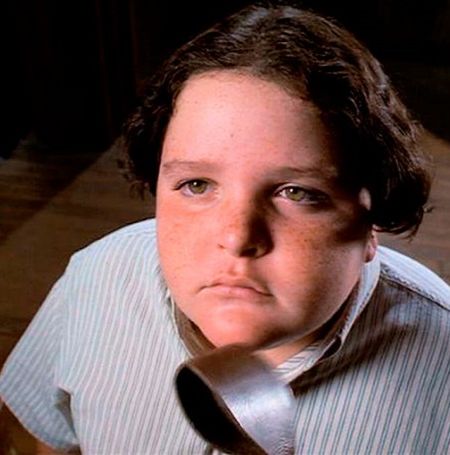 He appeared in the TV series named ER as Alfred Clark, in the same year. However, in the late 90s, he quit his acting career.

In the yeast 2017, he became a doctor at the Philadelphia College of Osteopathic Medicine.

Also, he doesn't seem to be active on any kind of Instagram or Twitter. He has only an account on the Facebook platform but not so much action in it. He occasionally uploads some of the pictures to whoever, there is no single information related to his personal life.