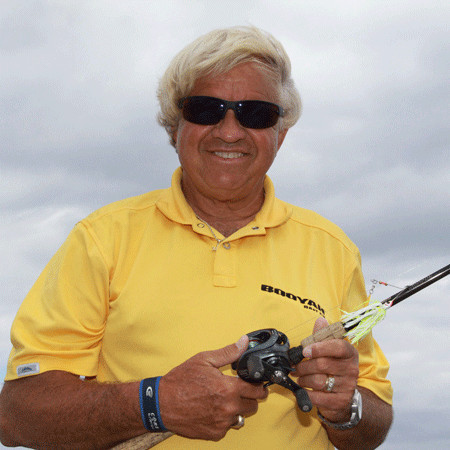 Jimmy Houston is a phenomenal TV host. He is known for hosting his own show Jimmy Houston Outdoors, which is watched by 2 million people across the world.

Jimmy Houston was born on 27th July 1944 and still has no plans to retire, even at the age of 71. This professional angler was born in San Marcos, Texas, but raised in Moore, Okla. His bio and pictures are searched by his fans around the world.

Jimmy grew up in Moore but later moved with his family to Lake Tenkiller during the senior year of his high school. His parents bought a resort there, where he grew to catch fish and becoming obsessed with fishing.

Jimmy graduated from Northeastern Oklahoma State University in Tahlequah. The Lake Tenkiller was his inspiration, which has made him a professionally acknowledged angler today.

Houston made his start by winning his first professional tournament in 1966. He also won the Angler of the Year Crown twice, which led him to have his own show. His show Jimmy Houston Outdoors was previously piloted on ESPN for 21 years. Later, the show was shifted into the Outdoor Life Network.

Currently, his show airs on NBC Sports and has accumulated over 2 million viewers around the world. His trademark is his distinctive laugh, shaggy blonde hair, bubbling personality, and charming, ever talkative nature, which make his show popular to the millions who watch him.

Even at the age of 71, Houston does not plan to retire and is considered one of the best tournament anglers of all time. Another of his trademark is kissing the fish he catches. He kisses almost all the fishes that win him awards and poses for photos with the fish in his hand.

He has formed the company Th3 legends with his fellow fishermen Roland Martin and Bill Dance, which specializes in selling signature products. America One, Faith TV, America Media Group, Lone Star Network, and National Religious Broadcasters have also portrayed him on their channels on numerous occasions.

He has written 5 books, which have become international bestsellers and are available in bookstores everywhere. As of recently, he plans to become the oldest angler to qualify for the FLW Tour championship tournament. He is set to make about 100 personal appearances on television and even films a television series.

Jimmy Houston's Net Worth And Salary

Jimmy Houston's net worth is $6 million at present. He has earned a huge amount of salary from his career.

He worked at ESPN for 21 years and then joined the Outdoor Life Network before eventually joining NBC Sports. Houston was inducted into the National Fresh Water Fishing Hall of Fame in 1990. He co-owns the company Th3 Legends which sells signature products.

He has also authored five books. Houston fished in tournament leagues and earned more than $350 thousand in Bass Master tournaments.

Houston is married but the only fact known about his wife is that her name is Chris. There is no information available about the number of children he has and whether he has previously been divorced or not. There are no particular rumors surrounding his sexuality.

Jimmy also was inducted into the National Fresh Water Fishing Hall of Fame for his contributions as a tournament angler. While his salary is unknown, the fact that he lives on a beautiful 2000 acre ranch is public knowledge. That might be an indication that he has a huge net worth. Even at the age of 70, he is set to earn some more owing to his fishing skills and perfectly charming personality.