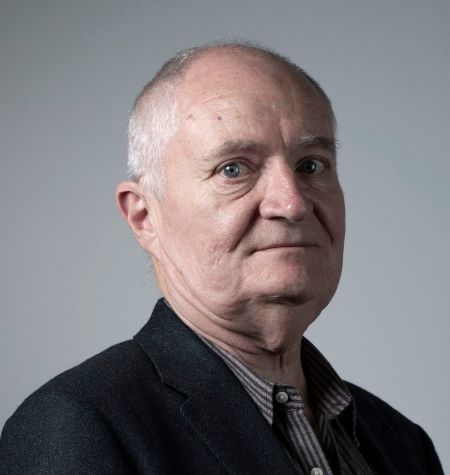 Jim Broadbent is an actor and writer from England. He is best known for his appearance in the movie Iris and television film Longford. For his role in the former, he won an Academy Award and a Golden Globe Award and for the latter, along with Golden Globe, he won a BAFTA TV Award. The legendary actor has also made his appearances in shows and movies like Game of Thrones, Superman IV: The Quest for Peace, Indiana Jones and the Kingdom of the Crystal Skull, The Lady in the Van, and others.

Broadbent was born in Holton c u m Beckering, Lincolnshire, on May 24, 1949, to parents Roy Laverick Broadbent and Doreen Dee Broadbent. His father was an artist, furniture maker, sculptor, and interior designer, and his mother was a sculptor. The actor hails from an English ethnic background, stands tall at 6 feet 2 inches, and ages 72 years as of June 2021.

Moving towards his academics, he went to Leighton Park School and attended art school, later transferred to the London Academy of Music and Dramatic Art, and graduated in 1972.

The celebrated actor moved straight to the Open Air Theatre in Regent's Park after graduating in 1972, where he was recruited as stage manager. It took a few years for the acting jobs to start flowing in, so the actor joined the Ugly modeling agency to supplement his income while he waited, though he never got a job.

In 1977, Jim won a role in the 12-part science fiction television series "Illuminatus," which required him to play numerous parts.  Jim began to attract the attention of British filmmakers as more work came his way. In 1987, he made his debut appearance in Hollywood,  in "Superman IV: The Quest For Peace". Woody Allen even personally contacted him to give him a part in "Bullets Over Broadway".

Throughout the 1990s, the Langford star's stardom skyrocketed. He was one of Britain's best-loved character performers by the end of the decade, one of the few actors as comfortable in the supporting part as in a leading one.

His roles in "Little Voice, Smilla's Sense Of Snow," and "The Avengers" cemented his status as one of the UK's most popular entertainers. Later, he appeared in "Topsy Turvy" and Bridget Jones's "Diary" as Renee Zellweger's father.

Then there was "Iris," which gave him the status of Oscar-winning actor and then Martin Scorsese's epic "Gangs Of New York." Some of his movies and Tv series include "Game of Thrones," "Eddie the Eagle," "London Spy," "The Weather Inside," and "Black 47.

Recently, the Game of Thrones star appeared in the series "Black Narcissus" alongside Gemma Arterton, which was premiered in 2020. Furthermore, he is also a writer and has published his first novel "Dull Margaret."

The Gangs of New York alum has had a fantastic career as an actor and has gained name and fame over his career. His significant source of income is from his acting career and some parts of writing. As of June 2021, Jim's networth is estimated at $5 million.

The 72-year-old actor is happily married to his wife, Anastasia Lewis; a costume designer turned artist. The duo met for the first time in 1983 and exchanged their wedding vows in 1987. The couple hasn't had any children and happily lives in Lincolnshire Wolds, London. 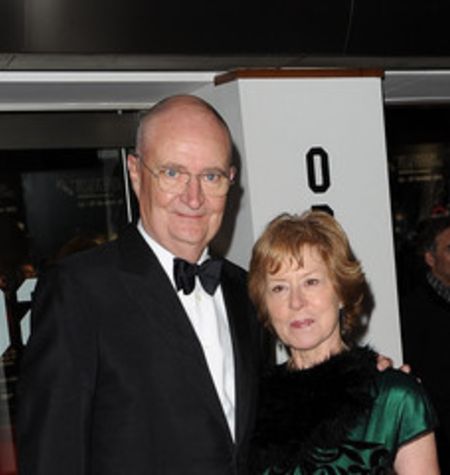 However, Jim has two stepsons from his wife's previous marriage. Nothing more has been revealed about their family.