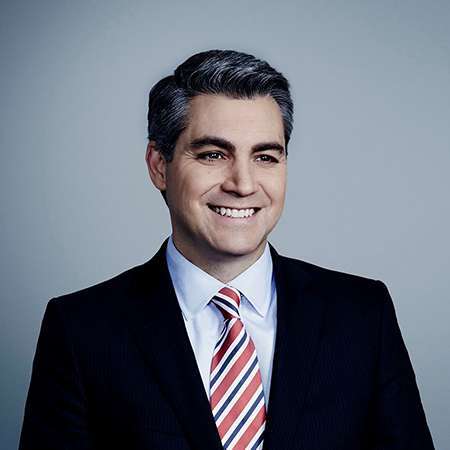 Abilio James Acosta, professionally popular as Jim Acosta, is the Senior White House Correspondent from CNN based in Washington D.C. He is serving as the National Political Correspondent for the network. He has covered the news line story of major historic events since he joined the CNN Network. He has covered the GOP presidential candidates during America’s Choice 2012 election.

Jim Acosta born, in April 1971 in the USA, is a very successful name in television news media as a political reporter and correspondent. He holds the American nationality and belongs to white ethnicity.

He has graduated from Annandale High School in 1989. He had attended James Madison University where he finished his bachelor’s degree in mass communication with minor in political science in the year 1993.

Even from his young age, he had developed his reporting skills. Thus, whilst being at school, he had volunteered the student-run radio station WXJM and in a local radio station WSVA as a reporter.

Jim Acosta started his professional career from the radio with WMAL in Washington D.C. Later in 1994, he joined WTTG-TV as a desk assistant. After a year in WTTG-TV, Jim Acosta began to work as a reporter and substitute anchor for WBIR-TV.

After three years in this network, he joined KTVT-TV in 1998 as a reporter. Later he began to work for WBBM-TV as a reporter for a brief time and moved to CBS News as a correspondent.

While working at CBS News, Jim had covered the news of 2004 campaign of Democratic presidential candidate John Kerry, the Iraq War from Baghdad and Hurricane Katrina. Later in 2007, he joined at CNN and working in there since then.

Jim Acosta longs to bring forth the happening news to the people. He always thrives to give the right dose of information to the people at right time making it forceful so that it grabs the people’s attention.

Working in CNN, Jim had covered the story of 2008 presidential campaigns of Barack Obama and Hillary Clinton where he frequently used to appear as an anchor for the CNN’s weekend political program “Ballot Bowl.”

In 2010, he joined CNN’S “American Morning” show as a correspondent. Being a successful reporter and correspondent for CNN basically for his significant reporting in the campaign trail, he was promoted as the National Political Correspondent by CNN in 2012.

His role as a National Political Correspondent is to include the primary races, political conventions and presidential debates of the campaign.

Jim Acosta's Net Worth And Salary

Jim Acosta's net worth is expected to be $2 million at present. He has earned a decent amount of salary from his journalism career.

He started his career as a desk assistant for WTTG-TV and has worked for other networks; WBIR-TV, KTVT-TV, WBBM-TV, and CBS News.

He covered the 2004 campaign of a Democratic presidential candidate John Kerry, the Iraq War from Baghdad, and Hurricane Katrina, while at CBS News.

He has covered the 2008 presidential campaigns of Democratic candidates Barack Obama and Hillary Clinton, frequently appearing as an anchor of CNN's weekend political program, "Ballot Bowl."

Jim Acosta is a married man. He is married to Sharon Mobley Stow. He and his wife live in Washington D.C. Even though Jim has to move here and there to cover the news story, he has tried to balance his family and professional life as far as possible which is very appreciable.

Jim adds up that he has to make plenty of sacrifices to enjoy both equally. And it is obvious, hard work and plenty of time are consumed to earn the name and fame. But his wife must be very supportive and understanding so that he is living a happy good family life as well.

Even at the age of mid-forties, Jim Acosta looks very handsome. He is adored by many of his fans. He still has lots of female fans following who just are speechless for his charisma. Jim is active on Twitter and Instagram. His fans can follow him @JimAcostaCNN.