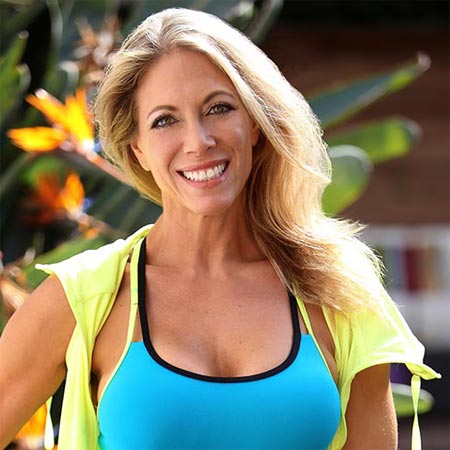 Tall, both in her physique and her field of work, Jill Brown has established her name as a well-known and adored meteorologist by managing to make a mark with her beauty and brains as an anchor. Currently enrolled with the CNN, this American beauty has previously worked for The Weather Channel. Her love for severe weather conditions, forecasting and reporting make her the most prominent meteorologist and a celebrated figure in the United States of America. The position of her career and her fan following is the proof of her dedication and expertise in her field.

A native to Wooster, Ohio, Brown had a unique taste for the seismic and natural phenomena and disasters around her. Being a fan of the mighty nature and its changing conditions created an interest in the field of meteorology for her. Brought up in her home town, she studied B.S in Aviation Engineering from the Ohio State University. Though her early education focused basically on the laws of aviation and science of motion, she enrolled herself in Atmospheric Science along with her study of Aviation Engineering. Brown completed both successfully thus creating for herself a pathway into the on screen business.

As soon as she completed her studies, Brown started to look for an on screen job and got herself the job of a Graphic Specialist in The Weather Channel owing to her talent and education regarding climatic issues. She started working for the channel in 1986 and in a short interval of time her skills were professionalized. Owing to her fast learning skills and strong will power to achieve more, she was made a professional reporter, radio broadcaster and editor for the channel. Brown’s next endeavor was a job as an anchor in the Hartford based WFSB-TV of the Connecticut province morning weather anchor and environmental reporter. As a reporter, she bravely chased storms and these acts of her were made public and she was critically acclaimed for it. Her method of news coverage, her outgoing, demanding and pretty personality made her a favorite of the viewers and she got opportunities in many stations. After 2 years with the WFSB-TV she was called back to work for The Weather Channel as a senior meteorologist. Probably not convinced with the work she was doing in the channel, she switched into the CNN network in 2006. After working for the CNN she again changed her stations many times, created an impact on all of the places she worked and landed herself a job in the CNN again at 2012. Jill Brown continues working as a meteorologist in the CNN as of now.

Her influential personality and weather reporting skills earned her many accolades and recognition along with being honored by the American Meteorologists Society and the National Weather Association. These awards added an extra tinge to her already beautiful career, and she landed herself a good permanent spot in the world of small screen news. Brown has had many highs and lows regarding her career, having to shift from one job to another but as of now, she has properly established herself as a promising weather analyst and a celebrated figure. Her storm chasing videos have always gone viral on YouTube and Facebook and have affected millions who view it. Her live coverage of climatic events are equally liked and watched.

Jill Brown has had many awards to her name and has earned herself much fame, not only due to her skills, bravery and reporting skills but also due to the awesome beauty she possesses. Her tall height, sexy legs, perfect screen presence, presentable nature, intelligence are all factors that add up to her resume and make her wanted on screen.

Not much is known about her personal life as Jill probably likes to keep her personal life personal. Her date of birth and her age is not known. She is estimated to be about 40 years old but her appearance defies her age. As for her relationship status, it is estimated that she is not a married woman and is single. Speculations have raised about her having a husband but as far as the truth is concerned, not all of it might be true. Her impressing personality is embedded in her photography and pictures of her are circulated constantly around the web. Jill stays active skiing, and playing golf and tennis and is active also on social networking sites like Facebook and Twitter. She has achieved a lot in the years she has been enrolled in the reporting business and much more is expected of her in the years to come.