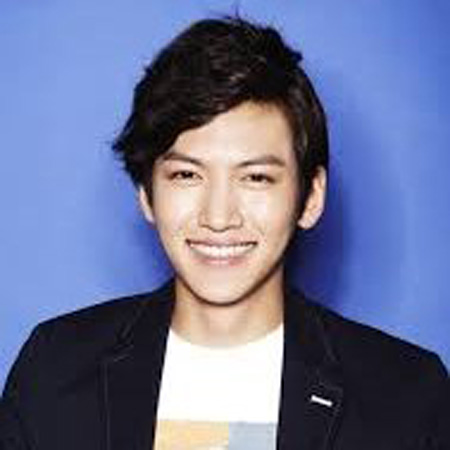 Ji Chang-Wook is a well-known South Korean actor, known for playing the leading role of Dong-hae in the 2010 South Korean daily television drama, Smile Again from 2010 to 2011. He is also known for her roles in Warrior Baek Dong-soo, Empress Ki, and Healer.

Wook was nominated for the Drama Awards in the Best New Actor category and Excellence Award for three years 2013, 2014, and 2015 respectively.  He appeared in a Korean drama film Fabricated in 2017. He then paused his acting career to complete his mandatory military duty service.

Ji Chang-Wook was born on 5th July 1987 in Anyang, Gyeonggi Province, South Korea. He belongs to Asian ethnicity/race and holds a Korean nationality.

Wook lives with his family. Additionally, his family always encourages him to progress in his career. He graduated from Dankook University.

Chang started his career in musical theater. In 2006, he made his on-screen debut with Days and had a minor role in You Stole My Heart. In 2009, he appeared in My Too Perfect Sons.

He got his first major role in the 159-episode daily drama, Smile Again in 2010. He was awarded the Best Actor award in a Daily Drama at the KBS Drama Awards for his outstanding performance in Smile Again.

In 2011, he played the titular character in an action historical drama Warrior Baek Dong Soo. The series was number one in its timeslot for 13 weeks, and Wook received a New Star Award at the SBS Drama Awards.

Later that year, he played the lead role in cable drama Bachelor’s Vegetable Store- the series based on the true success story of Lee Young-Seok- a young man who turned tiny 350-square-feet vegetable store in 1998 into a nationwide franchise with 33 stores.

In 2012, he played the villain pianist in the melodrama Five Fingers. He returned to musical theatre in 2013 with The Days. He played a presidential bodyguard who went missing 20 years ago along with a mysterious female character. The musical Broadway used the folk-rock songs of Kim Kwang-Seok.

From October 2013- April 2014, he was one of the main casts in the historical drama series Empress Ki. He played the 16th emperor of the Yuan Dynasty. His portrayal of young Toghon Temur won a strong impression on both critics and the audience.

From December 2014- February 2015, he featured the main character in the song Ji-na penned action thriller series Healer. He also took martial arts lessons for his role as a mysterious errand guy in the series. He became a popular face in China and other Asian nations. Then, he played in Mandarin-language dramas like The Whirlwind Girl 2 and Mr. Right.

In 2016, he starred in tvN’s action-thriller series The K2. He portrayed the role of a bodyguard who was betrayed by his fellow countrymen and fell in love with a girl fear of people. In November 2016, he was featured in the promotional web drama First Seven Kisses for Lotte Duty-Free.

He worked in several dramas and movies such as; Warrior Baek Dong-soo, Bachelor's Vegetable Store,  Five Fingers, Empress Ki, The K2, and much more.

In 2017, Chang starred in the action film, Fabricated City where he portrayed the role of a jobless game addict who becomes a framed murderer. Since August 2017, he is in his mandatory military duty service. He will complete his military duty in April 2019.

He first underwent basic training at the Army’s 3rd Infantry Division at Cheorwon, Gangwon Province. After completing the first basic training, he won a prize for high performance.

Ji Chang Wook is one of the highest-paid k-actors, he charged $42000 per episode from the Healer. The series total earned 50 million worldwide, as per the Korean news source.  He earns a decent amount of money from his acting however, his exact net worth has not been disclosed yet. He is on mandatory military duty now so, his income is also increasing these days.

Ji Chang Wook is possibly single at the moment, but he is romantically linked up with his Empress Gi co-star, Ha Ji-Won. However, the couple denied the rumors and referred to one another as close friends.

Previously, it was rumored that he dated his Healer co-star, Chang Wook. There was a scene between Chang-Wook and Min-Young where he embraces Park Min-Young and rumors of their relationship spread wider.

Once, he was linked up with former Miss Korea, Kim Juri. The duo was spotted at an event, apart from having a paparazzi moment. Their appearance provoked a rumor of the duo dating each other. They were seen hanging out together multiple times. The rumors of them being in a relationship are not confirmed to be true.

In an interview, he revealed his ideal type of woman. He said,

"My ideal is well-suited code to mine, fun when I have to talk, to listen well to my story, is the person that I also made to better hear it."

He also added, “I like a woman who isn't very tall and have a chemistry.”

Moreover, he describes his viewpoint toward marriage. According to him, getting married is all about when the time is right and his long-term goal is to be a good father. He does not have a wife as of now.

Moreover, he describes his viewpoint toward marriage. According to him, getting married is all about when the time is right and his long-term goal is to be a good father. He does not have a wife as of now.