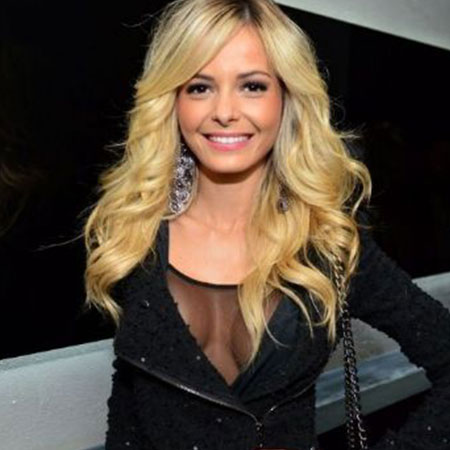 Jhenny Andrade is a famous Brazilian model as well as a UFC Octagon girl. She started her career as a columnist and worked for VIP Magazine for about 7 years. She was also named UFC’s Ring Girl of the Year. Jhenny was also named the 100 sexiest women in the world for 6 years.

Jhenny Andrade was born on December 23, 1987, in Ribeirao Preto, Brazil under the zodiac sign Capricorn. She grew up in her home town Ribeirao Preto where she completed her schooling and further education. She hasn't revealed much about her childhood and educational background.

Jhenny Andrade wanted to be a singer in her childhood, but, she modeled for a commercial in her hometown. When she turned 15, she started working as a TV presenter for TV Thathi. Later, she also worked for several other networks. At the age of 18, she moved to Sao Paulo to pursue a modeling career. As a model, she has worked for many famous fashion brands.

Besides, she even worked as a columnist for VIP Magazine for around 7 years. She worked for Chame A Jhenny Column for a year and for Perfect Girlfriend Column for six years. She also participated in many beauty pageants and she also won several pageants including Mini Miss Ribeirao Preto in 1996.

After she worked as a model and columnist, she was hired as an Octagon girl at the UFC 163 fight on August 4, 2013. The match was held at the HSBC Arena in Rio. Her first work was in the match between Jose Aldo and the Korean Zombie, Chan Sung Jung.

When she was working as UFC Octagon Girl, she was named UFC’s Ring Girl Of the Year. She was also named in the 100 Sexiest Women in the world for 6 straight years.

Jhenny Andrade has not revealed her net worth to the media. As said earlier, she used to work as a model for many modeling agencies. And at present, she works as an Octagon girl at UFC.

According to the source, the average salary of UFC ring girls is believed to be $61,000 annually. It is also reported that the lowest-earning of the UFC ring girls is estimated to be around $30,576 and the highest-earning falls around $125,307. Besides, Jhenny has a cute little furry dog, which is named Paris Hilton.

In late 2019 she announced that she is expecting her first child, a baby boy. She officiated her pregnancy through Instagram posts.

We were gifted by God. Yes, I’m pregnant. There’s a baby Jhenny or baby Brogui coming. We’re very happy, may it come with health and lots of love.

In the video shown below, Jhenny Andrade as a ring girl at UFC 212 MAIN EVENT.