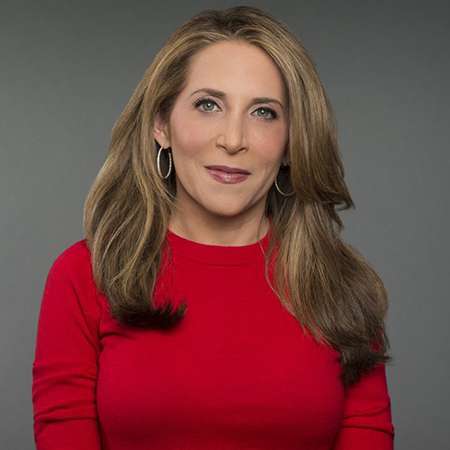 Jessica Sage Yellin was born on February 25, 1971, in Los Angeles, California, U.S.A. She’s the only daughter of Adele Marilyn and Ira Edward Yellin. She also has one brother, Seth. She is an American citizen and is of white ethnicity.

She attended St. Augustine-by-the-Sea elementary school in Santa Monica, CA. She was president of her high school graduating class at The Westlake School for Girls in Los Angeles. She graduated from Harvard College.

Yellin worked at ABC News from July 2003 to August 2007, serving as White House correspondent for the ABC News program Good Morning America, and ABC News. She also previously worked for MSNBC. Before that, Yellin was a reporter for WTVT in Tampa, Florida, and anchor/reporter for Central Florida News 13 in Orlando, Florida.

She moved to CNN in July 2007. On January 12, 2008, Yellin began her new role as a National Political Correspondent for CNN, covering the 2008 presidential election for the network, and was appointed CNN's Chief White House Correspondent on June 28, 2011, replacing Ed Henry who had moved to Fox News.

Yellin has covered many key events in politics, culture, and policy in the CNN shows and frequently traveled all over the country reporting breaking news, political changes, and the current affairs that influence the people. She played a major part in the 2008 and 2010 reporting about America Votes electoral campaign.

She has reported on the critical policy debates including the financial regulatory system reforms. She has interviewed many high profile personalities including Presidents Bill Clinton and George H. W. Bush and the first lady Laura Bush.  She has traveled all around the world and covered places like Latin America, Europe, Mongolia, China, and Russia.

Jessica Yellin has received the Gracie Award in the year 2010 for her reporting that involved the intersection of politics and women. She was also part of the Peabody Award-winning CNN team for the coverage of 2008 and 2010 election campaigns. Jessica Yellin has done a distinguishing job covering various key events both nationally and internationally.

She was involved in a controversy in the year 2008 when she openly admitted in an interview that her employers at MSNBC had pressurized her to not include any negative comments on the Iraq war.

She is still single. She has not married any person and thus does not bear a husband. So, this means she has never been through any heart aches like divorce and all of that stuff in her life. She does not have any children either. Any reports about her having a boyfriend are also not confirmed by her. Her relationship status is completely unknown.

Jessica Yellin's Salary And Net Worth

CNN journalist Jessica Yellin has spent over a decade with a network as a senior correspondent. So we can predict, she has earned a good amount of money with her career.

According to paysa.com, a CNN correspondent in Washington D.C. gets an estimated $102,634 salary annually on average. However, the salary varies according to their experience so we believe, Yellin who has an experience of over 10 years gets over $112,265 annually.

According to some reliable net worth sources, Jessica Yellin's net worth is estimated to be around $ 5 million as of 2018.