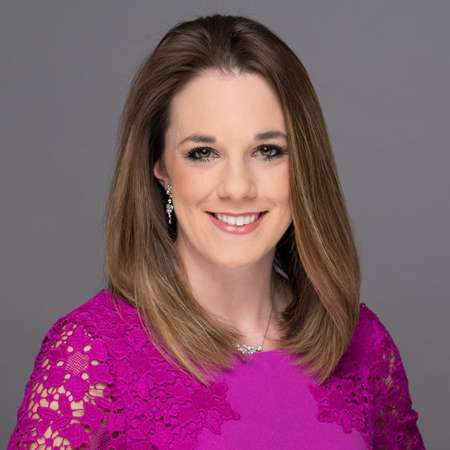 Jessica Quick is an American meteorologist based in Missouri. She is currently working at KSDK-TV NewsChannel 5. She has over three years of on-camera experience as she worked for several well-established companies throughout her career. Her career success not only lies in her meteorological knowledge but also technological knowledge as she can use several advanced software as well as handle social media of the entire companies.

Jessica Quick received her college education from Northern Illinois University and graduated in May 2012 with a Bachelor of Science in Meteorology. She also received a certificate in Geographic Information Systems from NIU. She was also a student-athlete and competed in the school's NCAA Division I track and cross country teams all four years of her tenure.

Born and raised in central Illinois, Jessica Quick experienced Midwest weather. Her fear of thunderstorms as a child got her intrigued by severe weather and thus generated an interest in meteorology. Apart from hurricanes, she has experienced almost all kinds of harsh weather situations.

In February of 2006, Jessica Quick got her first job as a Cashier in a general food store, doing basic things like totaling price, bagging up customers' items, and stocking shelves.

Starting from March 2007, she served as the main cashier at a Tommy Hilfiger Retail Store. Her job was to stock clothing and assemble floor sets and displays. In May 2010, she got a job in Cabot Corporation, a chemical industry.

Then Jessica Quick started to steer her career in the News department. She joined the U.S. National Weather Service as an intern in May 2011, where she mainly worked at the Data Acquisition desk and gathered cooperative observer and climate data.

She was also trained in SHEF code, hydrology, aviation and river forecasting, and using NOAA weather radio. To finalize her internship, she completed a research project with a lead forecaster outlining the synoptic setup of a severe weather event from 2010.

In July 2012, Jessica Quick joined WICS-TV as a weather intern. During the course of four months, she worked with Chief Meteorologist Ric Kearbey and got experience in Weather Central 3D Live products. She also learned to use Avid NewsCutter software.

In October 2012, she joined KRCG as a Weekend Meteorologist/Reporter, providing accurate weather synopsis for a week, creating graphics with weather central, creating and presenting stories for viewers, etc.

In February 2015, Jessica Quick got a job in News-Press & Gazette Company of Missouri as a Meteorologist and a Digital Content Director. Along with creating her own original forecasts and creating weather stories for Mid-Missouri viewers, she also oversaw the station's websites and social media accounts. Since March 2016, Jessica has been working as a Meteorologist for KSDK Newschannel 5 and has joined the First Alert weather team.

Earning a good salary and having her net worth in thousands, Jessica Quick definitely has passion and dedication for her work.

She has not disclosed her net worth yet but as for her salary, reports suggest that she earns between $54,796 and $66,000 annually.

In her free time, she enjoys spending time with her family, her husband Derek and her friends. She can also be found competing in local 5k and 10k races.