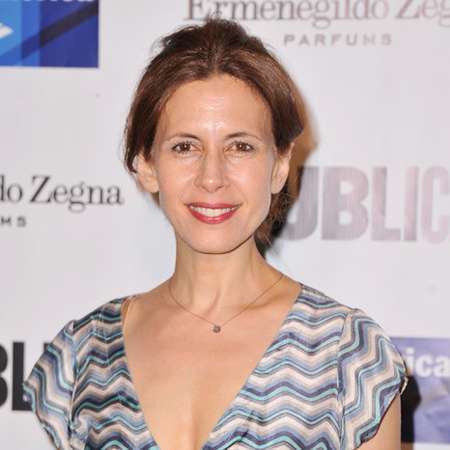 Jessica Hecht was born on June 28, 1965 and she was born in Princeton, New Jersey, United States. Jessica was born as the daughter of mother Lenore and Richard Hecht. Her father was a physicist and her mother was a psychotherapist. She was raised in Bloomfield, Connecticut as her parent moved there when she was just three. According to her nationality Jessica is American. Jessica's ethnicity is white. She has three siblings and their name is Andrea Iger, Elizabeth Hecht and Russell Iger.

Jessica Hecht attended NYU Tisch School of the Arts and she earned Bachelor of Fine Arts in Drama in 1987. Jessica made her acting career debut from television show Seinfeld, where she played the role of Lindsey.

In 1990, she appeared in the famous television show Law & Order and in the series she played the role of Miriam Johnson. She appeared in the role of in a super hero TV series Lois & Clark: The New Adventures of Superman in 1993. Same year she made her acting presence in Homicide: Life on the Street in the role of Sister Mary. In 1999, Jessica made her acting presence in hit TV series Law & Order: Special Victims Unit. And she has also been featured in several other famous television series role including in the series like What About Joan, Century City, Medium, Bored to Death, Person of Interest, Manhattan, Jessica Jones and many more.

Jessica Hecht has made been a popular face in movie screen, her first movie was Joe's Rotten World and she played the character of Annie in 1995. Same year later she was featured in the movie Kicking and Screaming. In 2001, she appeared in the movie The Grey Zone. In the role of Amy, she was featured in the comedy movie Dan in Real Life. Jessica has also been featured in several other hit movies The Magic of Belle Isle, The English Teacher, Anesthesia and many more.

Jessica Hecht is an actress with huge talent and charming face. Jessica is married according to her current relational status and her sexual orientation is straight. In the past Jessica may have been dating many guys but she has kept all her information to herself and in present days there is no any rumors relating her.

Jessica Hecht had an affair with movie director and her boyfriend Adam Bernstein and after few years of dating they married in 1995. She has two children with her spouse namely, Stella Bernstein and Carlo Bernstein. From religious point, according to her she is fairly spiritual, though she was raised Jewish family. This fifty years actress Jessica currently lives in New Jersey along with her children and husband.

Jessica Hecht's salary and net worth information is under review. Jessica's bio, career and all other information relating her is updated in several sites including Wiki and IMDb.