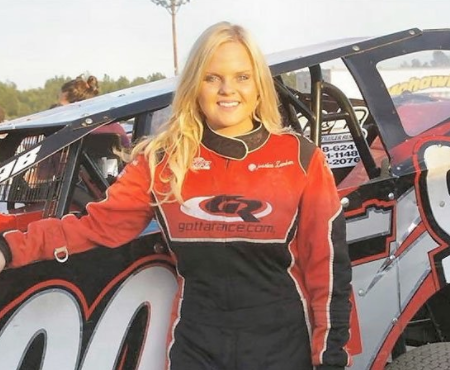 Jessica Friesen is an American Dirt racer known for participating in series like All-Star Circuit of Champions, World of Outlaws, and NASCAR Camping World Truck Series. Furthermore, she is popular among people as the wife of Canadian dirt racer Stewart Friesen.

Jessica Friesen was born on 5th May 1986, in New York United States, to Optometrist mother Shauna Zemken and a veteran and dirt racer father Ray Zemken. The racer holds American citizenship, and as of 2021, she is Thirty-five years old.

Regarding her education, she is a graduate of Hudson Valley Community College.

Career As A Dirt Racer

Being a daughter of a racer, she attended her first race as an audience while she was only two weeks old; eventually, she became passionate about cars and racing. Her father, Ray Zemken, introduced her to the world of racing, and Friesen started competing in karts races.

She won five track championships and over 100 feature races by the age of 14. Later in 2001, Jessica decided to pursue her career as a racer and started racing at Afton Speedway. As of now, the 35-year-old has won over 100 kart races in her career, including 16 with Mod and Sprint combined.

Awarded as Outstanding Woman in Racing

She is also the Utica-Rome Speedway Sportsman Track Champion. Also, she was awarded an Outstanding Woman in Racing, in 2009 by the Northeast Dirt Modified Hall of Fame.

Following that year, Friesen joined Tony Stewart Racing in 2010 to compete in a "real outlaw" sprint car schedule that included appearances in the World of Outlaws and the All-Star Circuit of Champions. Later, In March 2021, Friesen Racing announced that Friesen would make her NASCAR Camping World Truck Series debut at Bristol Motor Speedway in the Pinty's Dirt Truck Race.

Net Worth And Earning Details!!!

As of September 2022, the racer's net worth hasn't been revealed yet; however, it is speculated to be around $2 million. Her significant source of income is derived from her successful career as a professional dirt racer. 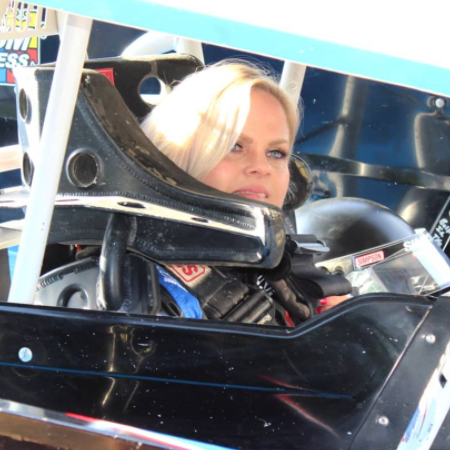 CAPTION: Jessica's net worth is estimated at around $2 million SOURCE: Instagram:@jessicafriesen

On the Other hand, her husband Stewart J. Friesen, a Canadian Dirt racer best known for racing in NASCAR Camping World Truck Series, with Toyota Tundra No.52, Halmar Friesen Racing is worth $6 million.

The 35-year-old racer is happily married to Stewart J.Friesen, a Canadian Dirt racer. The duo exchanged their wedding vows in September 2014 and is blessed with a kid; a son named Parker Friesen.

Did you know? The couple raced together at Utica-Rome shortly after their wedding and finished first and second in the race. 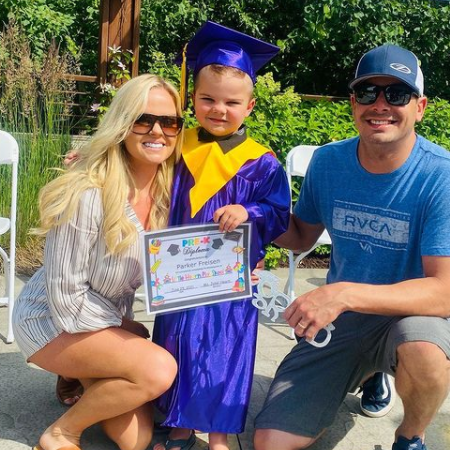 CAPTION: Jessica Friesen with her husband Stewart Friesen and their kid SOURCE: Instagram:@stewartfriesenracing

Prior, she was in a relationship with Tony Stewart, an American stock car racer, businessman, and owner of the team  NASCAR.