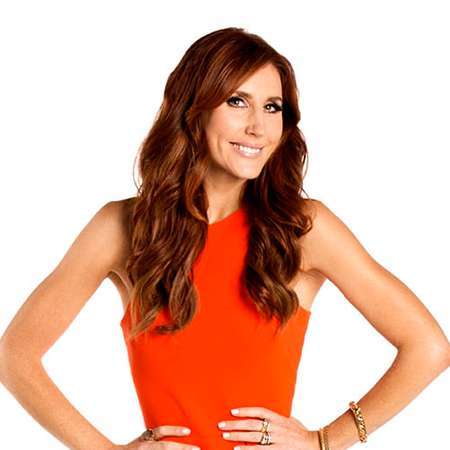 Cruickshank is currently the host of Canada's Smartest Person and The Goods on CBC. She is also working for KNG-TV as a reporter.

Jessi Cruickshank was born as Jessica Shaia Cruickshank on July 17, 1982, in Calgary, Alberta, Canada. She belongs to white ethnicity, and her nationality is Canadian.

Cruickshank’s mother Joyce Resin once hosted a CBC show called Alive: The Picture of Health. She grew up with her sister Amanda Grace, who works as a reporter and anchor for the KING-TV in Seattle.

Cruickshank went to the University of Toronto where he obtained a degree in English and Drama.

Cruickshank grew up in Vancouver where she broke into comedy as the only girl in an all-male improve troupe with Seth Rogen.

Soon after, Cruickshank got discovered in a nationwide search to become the new face of MTV in Canada and host of The Hills After Show.

Cruickshank quickly became a fan favorite, and The Hills After Show became an international smash hit, syndicated in 10 countries, generating record-breaking ratings in the US as well as Canada, and securing two Gemini Awards.

Cruickshank debuted in acting career through Christmas commercial for Shoppers Drug Mart. She was also a former co-host of YTV for a show called Weird On Wheels.

Cruickshank is still actively associated with the organization Free The Children, where she has filmed multiple MTV specials and also an ambassador of speaking and hosting multiple We Days & Free The Children events.

Cruickshank is also a public speaker, where she can regularly be found all across the country speaking about her experiences while inspiring others to be the best versions of them.

Jessi Cruickshank married the love of her life Evan Gatica in June 2014 at the Big Daddy's Antiques in LA in the presence of their family and friends.

Cruickshank was seen in a wedding dress designed by the popular designer Mark Zunino. Her co-host Dan Levy from MTV Canada The After Show got an honor to be a bridesman.

The couple is expecting their child. Currently, she lives in the Los Angeles with her husband.

Cruickshank was supposed to be on Access Hollywood, but there were rumors that the deal collapsed because of Cruickshank’s moving to Los Angeles.