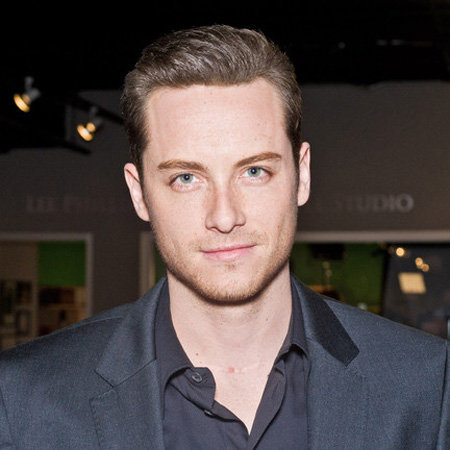 Jesse Lee Soffer is an American actor. He is best recognized for his role as Will Munson on the CBS' soap opera As the World Turns. For his breakout performance in the series, he also got a three Emmy nominations. He has also landed a number of other finest performances in several other projects like Chicago Fire, Chicago P.D., and The Bardy Bunch Movie.

Jesse Lee Soffer was born on the 23rd of April, 1984. He was born to a cartoon artist and animator father named Stan Soffer and his mother Jill Soffer was a humanitarian.

Soffer was raised up in Ossining along with his four siblings two younger sisters, one older brother, and one older sister. He moved to Tarrytown but later settled down with his family in Connecticut. Soffer attended the local Mary Field High School, where he turned into a good basketball player. He suspended in his 6th grade for dropping out without informing anybody, even his parents didn’t know about his absence in school.

Soffer graduated from The Gunnery in the year 2003. At that time, he used to play in soccer and was named in the all-star team (prep school category) during his senior season.

Upon graduation, Soffer worked in some local theatres and later moved to New York City where he studied BFA in theatre at the New York University. He belongs to American nationality and regarding his ethnicity, he is a White American.

Jesse Lee Soffer first acted in a TV commercial at the age of 6, as a child actor. He also was seen in the film Matinee when he was 9 years old and was also seen playing the role of Pervical in the TV drama Safe Passage.

In 1995, he got the role of Bobby Brady in The Brady Bunch Movie and also returned to play its sequel A Very Brady Sequel in 1996. He had already been working with some top quality actors/ actresses and was learning much from them.

His role alongside the legendary actress Lauren Bacall could be seen in the movie From the Mixed-Up Files of Mrs. Basil E. Frankweiler. With his short but powerful role in AMC’s The Royale, he also made an appearance in ABC’s Two of a Kind. In 1999, he also portrayed the role of Max in CBS’s soap opera Guiding Light.

Insider Info: Season 6 starts filming in less than a month AND we’re all gonna be on the same night now #NotReallyInsiderInfo #ItsAllOverTheInternet #JustWantedItToSoundIntense #ReadInMoviePreviewGuyVoice

Through his roles in different films and TV shows, Jesse had made a massive impact in his career. His work and versatility to portray a wide range of characters have made him a successful actor, earning much name and money as well.

Jesse Lee Soffer has also been recognized for his hard work and has been bestowed with many different awards and nominations. He has won the Daytime Emmy Award nomination for Outstanding Younger Actor in a Drama Series 3 times (in 2006, 2007 and 2008).

Jesse Lee Soffer has played a number of major roles in several successful projects. And through her breakout roles, he has also earned a good amount of money. Her net worth as per some online sources is believed to be more than $1.5 million.

In 2011, Soffer was a cast in the movie In Time which became the instant hit at the box office grossing over $174 million on a $40 million production cost. In the movie, he appeared along with Justin Timberlake, Amanda Seyfried, and Vincent Kartheiser. His other movie The Brady Bunch Movie grossed $46.6 million worldwide at the box office.

The actor has also an incredible fan following on his Instagram account with over 808 K followers as of 2019. It also plays a vital role to boost up his net worth.

Jesse Lee Soffer is not married yet but was in a relationship with his girlfriend Sophia Bush in the year 2014. The two kept their love affair on the low-key. According to E!,

“They’ve [Sophia and Jesse] been secretly dating for over three months, but only their close friends knew…Jesse is super-sweet and they are really cute together.”

In June 2015, news of their split up hit the tabloids. It was reported that the couple dated for a year. The two are still friends though. Allegedly, Bush was leaving NBA drama after 4 seasons in Aug 2017.

Height: he stands at 5 feet 8 inches.

He has a black colored hair and brown colored eye.