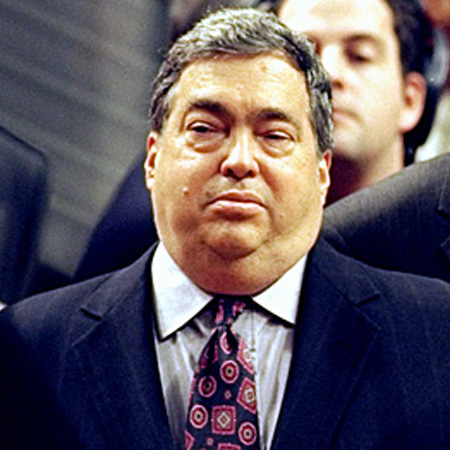 Late Jerry Krause, born Jerome Jerry Krause, was one of the respected names in the NBA team management who received the NBA’s Executive of the Year Award twice. He was a scout and general manager for Chicago Bulls, playing in NBA for 18 years until 2003.

After resigning from the team, he went to work in the baseball league with MLB teams New York Yankees, New York Mets, and Chicago White Sox before retirement. In 2017, after a struggling health issue, Krause died and was inducted into the 2017 Basketball Hall of Fame cla s s.

Jerry Krause was born in 1939, in Chicago, Illinois, and lived his last moment of life in the home city too. Nothing much about his parents or family background ever came up, but he did hold American nationality. At the time of death, Krause was 77 years old. His height read 5 feet 6 inches tall.

Jerry attended Taft High School where he played baseball as a catcher. He is a graduate of Bradley University.

Career As Scout- From NBA To MLB

After college, Jerry Krause started out as a scout for the Baltimore Bullets (now Washington Wizards) with the popularity of having the eye talent. After few years with Baltimore, he worked for Phoenix Suns, Philadelphia 76ers, Los Angeles Lakers, and Chicago Bulls prior to starting as a scout for baseball throughout the 70s.

As for baseball, he was a scout for Chicago White Sox. During that time, Jerry Krause was offered to serve as General Manager of the Chicago Bulls by its owner Jerry Reinsdorf. Accepting the offer, he once again, worked professionally in basketball as a General Manager in 1985.

During his regime at Chicago Bulls, he made a number of moves making a strong foundation of the team to make it dominant over the period of time in the 1990s. He even managed to sign successful NBA stars including Michael Jordan and Phil Jackson.

Jerry Krause did not just make good moves in choosing the players but he did choose a number of underperformers going against the expectations of his team. After the first retirement of Michael Jordan in 1993, the Chicago Bulls had to undergo loss.

But as he came back in 1995, the team took the form with the victory. Jerry Krause retired as a GM from Chicago Bulls in 2003. But, after the retirement from basketball, he opted for baseball and worked with MLB teams such as the New York Yankees baseball team, New York Mets, and also at Chicago White Sox.

Who Was Jerry Krause's Wife?

Until his death, Jerry was in a marital relationship with his wife Thelma Krause. But he never talked about the details of their wedding or courtship. Together, they had no children, rather Krause fathered Thelma's two children: Stacy and David from her previous relationship.

The NBA team Chicago Bulls scout Jerry Krause died on March 21, 2017, at the age of 77 in Chicago, Illinois. Back in 2016, he was diagnosed with osteomyelitis, a bone infection, that led him to retire from the sports management duties. Moreover, he had undergone two heart surgeries and prostate surgery and had sleep apnea.

Discussing his health struggle, he told the Chicago Tribune in 2016, "It has been tough. In 2017, he was posthumously inducted into the Basketball Hall of Fame. Krause is survived by his wife Thelma, two children, and four grandchildren: Colette, Josh, Mia, and Riley.

Jerry Krause had served as the scout of basketball as well as baseball throughout his spanning more than 4 decades. At the time of death, in 2017, Krause had an estimated net worth of $1.5 million. Rather than as a player, he pursued a career in managerial works.

Most notably, Krause worked as the scout and general manager of the NBA's Chicago Bulls from 1985 to 2003, and then shifted his focuses to MLB for a decade before his illness compelled him to retire. On average, a scout in the NBA earns a salary in the range of $17,930 to $70,050, while the payroll of NBA General Manager lies in the range of $1-$3 million.