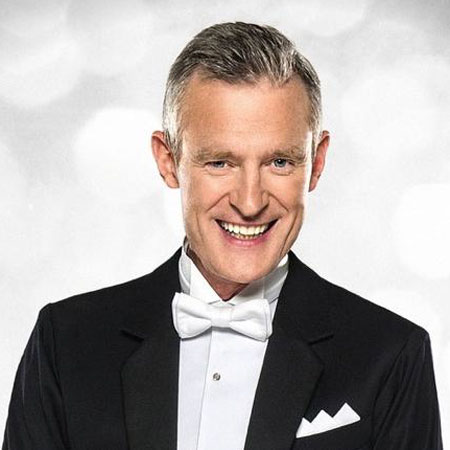 Fifty-one years old Jeremy Vine is an English author, journalist, and news presenter for the BBC. He is best known for his direct interview style and exclusive reporting from war-torn areas throughout Africa. Jeremy is the host of his self-titled BBC Radio 2 program that presents news, views, and interviews with live guest and popular music.

Jeremy Vine is known for his direct interview style and exclusive reporting from war-torn areas throughout Africa. He was born on May 17, 1965, in Epsom, Surrey, United Kingdom. He belongs to British nationality and his ethnicity is white.

Jeremy Vine spent his childhood in Epsom with his family. He is the son of Guy Vine and Diana. He has a younger brother named Tim Vine, who is a comedian. Jeremy studied at Lynton Preparatory School in Ewell. After that, he attended at Aberdour School in Burgh Health followed by Epsom College.

Jeremy Vine played the drums in a band named the Flared Generation. He is a graduate with 2:2 undergraduate degree in English from Durham University. Before moving the BBC in 1987, he was engaged in a journalism training course with the Coventry Evening Telegraph after a short time job on Metro Radio.

Jeremy Vine began his career at the BBC included reading the news on the radio in Northern Ireland. He also worked as a researcher on the BBC1 series Heart of the Matter. Jeremy became a regular reporter on the BBC4 program Today in 1989. At this time, he published two comic novels set amidst the Modern Church of England like Forget Heaven, Just Kiss Me in 1992, and The Whole World in My Hands in 1993.

In the mid-1990s, Jeremy Vine worked as a political reporter for BBC TV, reporting on the modernization of the Labor Party. He even became the Africa Correspondent based in Johannesburg after the 1997 election. He also traveled all over Africa, Algiers, and Kenya. Jeremy submitted an exclusive report on South African police brutality for BBC Two’s News night in April 1999.

Jeremy Vine served as the host of The Politics Show on BBC One in 2003. He was announced as Peter Snow’s replacement for presenting the BBC election graphics in May 2006. At the beginning of 2007, he became presented the BBC’s flagship. He has presented the world’s oldest current affairs program Panorama.  Vine began presenting Points of View in 2008.

At the beginning of 2003, after several stints as a stand-in for Jimmy Young on BBC Radio 2, Jeremy Vine took over the lunchtime show on a regular basis. Vine won the best speech broadcaster at the Sony Radio Academy Awards in 2005.

Jeremy Vine received a five-figure sum for a post-dinner speech at a 250-a-head banquet organized by ADS Group on February 2015, attended by global arms manufacturers. Campaign Against Arms Trade lodged a formal complaint with the BBC.

Jeremy Vine's personal life has had its vicissitudes, however; he has managed well to overcome his very difficult times and now it is quite perfect. First, he was dating his girlfriend Janelle Muntz before the couple decided to get married they live together very happily as husband and wife. The couple got married in 1992.

However, the couple began to have some serious problems with their relationship and because of this cause, it ended in a divorce in the year 2002. Jeremy Vine was able to move on with his wife. After that, he began dating with Rachel Schofield. They decided to convert their relationship into a marital one and got married in 2002. The couple has two daughters’ named Anna Vine and Martha Vine.