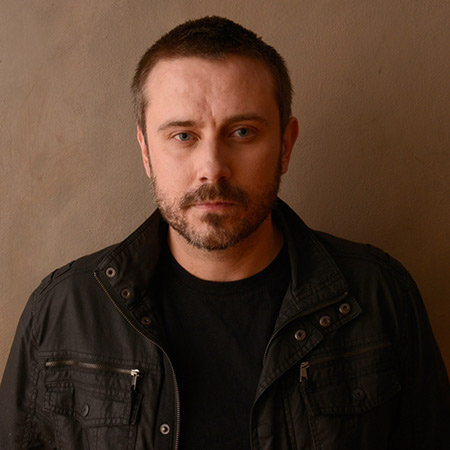 Jeremy Scahill is one of such powerful and revealing media persons who is popular for his book Blackwater: The Rise of the World's Most Powerful Mercenary Army. The book has revealed much about the present and future of terrorism and violence in the world. For his efforts in bringing out his version of such earthshaking issue to light, he was awarded the “George Polk Book Award”.

Jeremy Scahill was born on October 18, 1974, in Chicago, Illinois, U.S. Regarding his nationality, he is American. His ethnicity is unknown at this time. His star sign is Scorpio.

Jeremy Scahill was raised in Wauwatosa, Wisconsin, a suburb of Milwaukee. He was born to Lisa and Michael Scahill, who were both nurses.

Jeremy Scahill started his career as an intern for a Radio news program named Democracy Now!

Upon completing his internship, Jeremy Scahill started his career as a senior producer and correspondent for Democracy Now!. And remains a frequent contributor to the program. In 1998, he traveled to Iraq for Democracy (program). He reported the effect of economic sanctions on Iraq and the “No-Fly Zone “bombings in Northern and Southern Iraq.

With more than 20 years of experience in the journalism sector, Jeremy has worked in different stories and events around the world. Some of these popular events include the “Kosovo conflict”, “Baghdad War” which also extensively covered the reports of Iraq, Iran and Afghanistan. Apart from that, he has also written several books and articles like The CIA's Secret Sites in Somalia (2011), Osama's Assassins (2011), Washington's War in Yemen Backfires (2012) and several others.

For his work and devotion, he has been nominated and awarded with several recognitions including “Project Censored Awards” and the “Izzy Award” and in 2013, received the “Windham–Campbell Literature Prize”.

Jeremy Scahill has written several books. His first book Blackwater: The Rise of the World’s Most Powerful Mercenary Army, was honored by The New York Times bestseller. His second book named Dirty Wars: The World is Battlefield was released on April 23, 2013.

It is believed, Jeremy Scahill is a married man. He mentioned about his daughter. However, he has not mentioned about his wife. He is not the single child of his parents. She has a sister named Stephanie. He was born to Lisa and Michael Scahill, who were both nurses.

Upon graduated from Wauwatosa East High School, he attended University of Wisconsin regional campuses. After dropping out from college, he spent some years working in the homeless shelters.

Jeremy Scahill is earning an extraordinary salary. His total salary boosted his net worth. He has not specified about his salary and net worth.

Jeremy Scahill is largely admired by his fans on social networking sites.  His fans are largely growing on Instagram and Twitter.