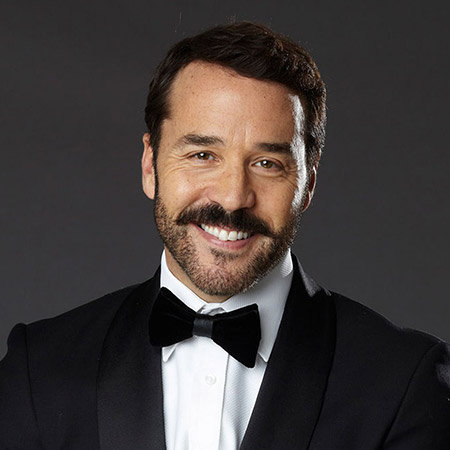 Jeremy Piven is an American actor and producer. He was born on 26 July 1965 in Manhattan, U.S and was raised in Evanston, Illinois. He is a native of New York City. Piven is the proud son of Joyce Hiller Piven and Byrne Piven. Jeremy was raised in a Reconstructionist Jewish household.

Jeremy Piven attended Evanston Township High School and also went to Harand Theater Camp in Elkhart Lake, Wisconsin as a teenager. He graduated from Drake University in Des Moines, Lowa. Throughout his life, he has been involved with ‘Piven Theatre Workshop’ which was founded by his parents. He also received his comic training as a member of s second City National Touring Company.

Jeremy Piven moved from theater to the big screen by appearing in small roles in numerous films including ‘Singles’, ‘Heat’ and ‘Say anything’. His performances on those shows were able to grab the attention of the people towards him and his acting talent. Jeremy debut on television in 1992 with the HBO’s ‘The Larry Sanders Show’ and later was cast in the shows ‘Ellen’ and ABC drama ‘Cupid’.

In 2004, Jeremy Piven was cast as agent Ari Gold on the popular HBO series ‘Entourage’, for which he also won the Emmy Awards. Similarly, Piven has appeared in several successful movies, such as, ‘The Very Bad Things’, The Family Man’, ‘Old School’, ‘Rock N Rolls’, ‘Grosse Pointe Blank’ and so on. Similarly, he has also made a guest appearance on the show’ Late Show with David Letterman’ and also guest host WWE Raw wrestling program.

In December 2008, Jeremy Piven became the subject of some ridicule for leaving the cast of a Broadway revival of David Mamet’s ‘Speed-the-Plow’ before the end of its run because of his illness. Reportedly, he suffered from the illness called as hydrargyria which was a disease caused by exposure to mercury or its compound. Rumors stated that the high level of mercury could potentially have been caused by his habit of consuming raw fish twice a day for the past 20 years.

Currently, Jeremy Piven's net worth is estimated at $15 million dollars. More information and news about Jeremy Piven can be gathered from several sites including the Wikipedia.