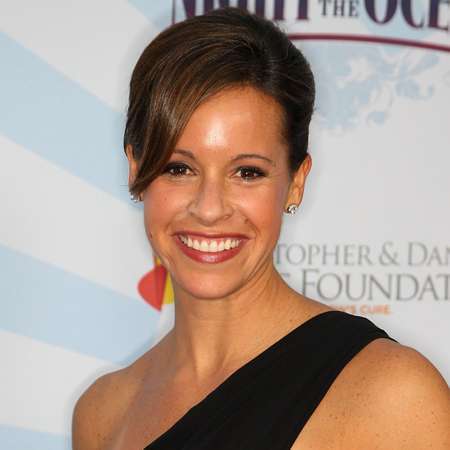 Jenna Wolfe was born as Jennifer Wolfeld on February 26, 1974 in Kingston, Jamaica, and grew up in Pétionville, Haiti. Jenna’s father, Bennet Wolfeld, was a Puerto Rican Jew who was born and raised in Puerto Rico. Her father was the owner of a chain of leather factories back in Puerto Rico and later moved to Jamaica with his wife while still expanding his operations. Jenna’s mother, Sheila Greenfeld, was an American Jew and grew up in New Jersey. Jenna’s parents were very religious and thus she had a religious upbringing having her bar mitzvah while living in the islands.She is of Jamican and American nationality.

Wolfe was very enthusiastic at taking up a career in journalism from her childhood. Wolfe along with her parents moved from Jamaica to Haiti when she was the tender age of five. She studied in variant schools and experienced different environments and cultures. In 1989, the Wolfe family moved to the United States where Jenna attended SUNY Geneseo in 1992. She left Geneseo in 1994. Jennawent on to study in Binghamton University and then graduated in 1996 with Bachelor of Arts degrees in French and English.

She first got into the journalism arena by working as an intern in the Today Show . She then went on to work for WICZ-TV based in Binghamton, New York. Later she went on to work in WUHF-TV based in Rochester, New York and then in WPHL-TV based in Philadelphia as the first female sportscaster. She then worked for Madison Square Garden Network. However she came into the lime light after working as an anchor for the weekend morning sports for WABC's Eyewitness News in New York City in 2004. While there, Jenna gained her recognition through a special segment called Jenna's Beef in which she editorialized an event from the world of sports that week. She worked for WABC till 2007 after which she joined NBC News. Working with NBC, she appeared as Today correspondent, NBC News National correspondent, Weekend Today Sunday co-anchor, Weekend Today co-anchor, Weekend Today news anchor, Today fill-in anchor and Today lifestyle and fitness correspondent. On September 21, 2014, Jenna had her final day as news anchor was. Apart from Journalism; Jenna has also appeared on Food Network's Iron Chef America as a judge.

Wolfe had a hard time coming out as a lesbian because of her career as a journalist. However, on March 27, 2013, Wolfe bravely came out as a lesbian amidst the public and announced that she was expecting her first child with her partner, NBC News Correspondent Stephanie Gosk. The public was shocked and happy at this news. Wolfe and Gosk have a daughter named Harper Estelle Wolfeld-Gosk born on August 21, 2013. They have another daughter, Quinn Lily Wolfeld-Gosk, who was born on February 4, 2015. The couple have not married but are living happily with their children.

Jenna is currently 41 years old and stands tall at the height of 5 feet 6 inches. Even after having two children, she has a perfect figure and a well-structured face. Wolfe is noted to be fluent at English, French and Creole. Her salary befits her hard work. Her net worth is estimated to be $2 million. Jenna’s bio can be found in many social media sites.