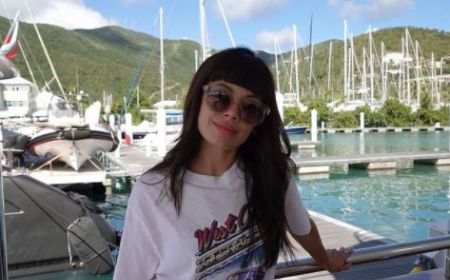 Jenna Lyng Adams is a rising actress in Hollywood who came into the spotlight as Kate in the film Uncle John. Currently, she is famous as Darshani in The Kominsky Method (2018-2021) and Ava Boone in Before the Fire (2020).

How Much Is Jenna Lyng Adams Net Worth?

As per some online sites, Jenna Lyng Adams has an estimated net worth of $300,000 as of 2021. Apart from her films and series, she also gathers a good sum via her Instagram.

According to the Influencer Marketing Hub, Before the Fire actress earns around $78 to $130 per sponsor post with an engagement rate of 4.51%.

Jenna Lyng Adams prefers living a low-profile life. As she does not talk much about her personal life, all her private details including birthday, age, height, parents, siblings, family, and educational background are under wrap.

Darshani From The Series 'The Kominsky Method': Her Movies & TV Shows

Jenna Lyng started her career appearing in the short video Your Boyfriend's Funeral in 2010. The following year, she acted in Being Henry and Chromeo: When the Night Falls'.

Eventually, Adams started getting more offers and appeared in numerous series and films. Some of her initial work includes Girl Crazy, Make It or Break It, Otis, The Devil's in the Details, Watsky: Ugly Faces, Run DMZ, Brandt Point, Aegis, and Fantasy Women Battles. 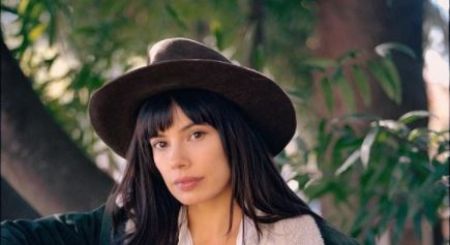 CAPTION: Before the Fire actress Jenna Lyng Adams is worth $300,000 SOURCE: Instagram @jennalyngadams

Finally, in 2015, she came to the limelight after playing the role of Kate in the film Uncle John. The American movie film directed by Steven Piet, who co-wrote it with producer Erik Crary stars John Ashton, Alex Moffat, and Ronnie Gene Blevins.

Additionally, her other notable acting credits are The Desert King, Miss 2059, Spivak, S.W.A.T., and Before the Fire. Between 2018 to 2021, she grabbed the limelight portraying Darshani on the Netflix series The Kominsky Method starring Sarah Baker, Nancy Travis, Paul Reiser, and Kathleen Turner. In the future, she would appear as Jennifer in the post-production film Presence.

Likewise, Jenna served as a writer in So Much, As They Fade (also director), Before the Fire. She is a casting director of Pretty Vacant and CollegeHumor Originals. Also, she worked as a production manager in Long Distance and Band Aid.

Jenna is happily married to Jackson Adams. Her husband is a director and associate creative director at award-winning digital content company Portal A.

As per her husband's Instagram, the couple exchanged wedding vows on August 6, 2017. Both the couple keeps posting each other's pictures on social media platforms. 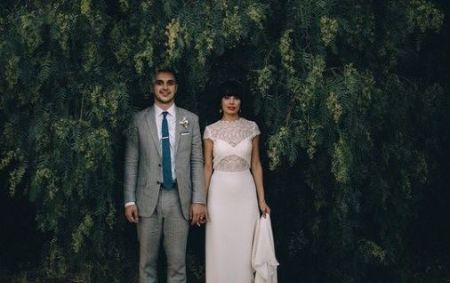 CAPTION: Jenna and her husband Jackson Adams on their wedding SOURCE: Instagram @jacksonhadams