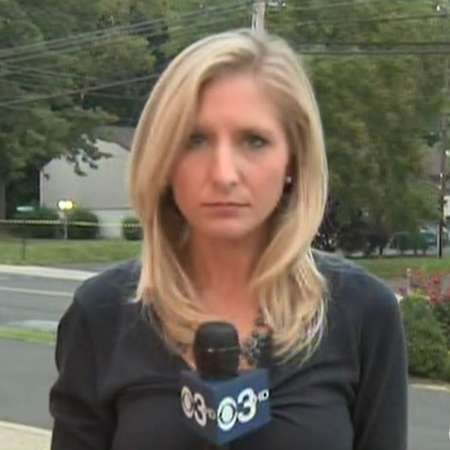 Jenn Bernstein is currently working as an anchor for the FOX 61 News at 4:00 P.M. She is a co-anchor of 'The Real Story' with Al Terzi which airs at 10:00 AM on Sundays. She started her career as an a s sociate producer and a s signment desk editor for Capital News 9.

Jenn worked as a news repeater for FOX CT for two years (2010 – 2012) then eventually re-joined Fox 61 News as an anchor and political host on August 2014. Jenn Bernstein also worked as a video producer, news reporter, general a s signment reporter, and professor.

Jenn Bernstein was born in Simsbury, Connecticut, United States of America and graduated from Simsbury High School. She completed her bachelor's in Political Science from Union College in Schenectady, New York, from 2002 to 2006.

After her graduation, Jenn Bernstein worked as an a s sociate producer and a s signment desk editor for Capital News 9 from March 2007 to March 2008 in Albany, New York. She then joined Capital News 9 in the same year, as a video producer where she produced and reported for YNN's political program 'Capital Tonight'. After Jenn left Capital News 9, she joined YNN Buffalo at Time Warner Cable as the news reporter for one year and three months from February 2009 to April 2010.

Jenn Bernstein joined FOX CT in the year 2010 as the news reporter in Hartford, Connecticut Area. She received an Emmy nomination for series of stories she did about 'bullying in schools'. She was also the one who reported from the beach in Fairfield when Tropical Strom Irene hit Connecticut.

Even after leaving FOX CT, Jenn Bernstein continued her career at KYW from 2012 to 2014. She reported about various issues like 'Penn State Sex Abuse', 'Hurricane Sandy in Atlantic City', 'the storm made landfall' and so on. Jenn reported from Long Beach Island on the clean-up efforts which were escorted by The National Guard.

Jenn Bernstein re-joined FOX 61 News in August 2014 and has been working till date. Jenn was also an Adjunct Graduate Professor at Quinnipiac University for five years from January 2011 to December 2015. She has won an Emmy Award for her story 'Anatomy of An Attack Ad' which analyzed campaign messages during Connecticut's contentious gubernatorial contest.

Jenn Bernstein is a well-known journalist. She has always been active on her social media sites like facebook and twitter but has never talked about her net worth and earnings.