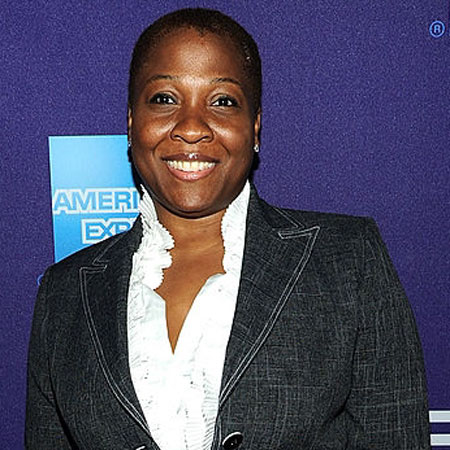 Jehmu Greene is a powerful Television personality, social advocate, political strategist and also a media strategist. Greene was a candidate in the 2017 election for the chair of the DNC ( Democratic National Committee) that was held in Atlanta.

Jehmu Greene was born on 22nd June, 1972 in Washington D.C in the United States of America. She is an American by nationality and African American by ethnicity. Born into a family of Liberian immigrants, she understood the grievances of conflict. Greene knew about the horrible experience that her family had to go through in Liberia. This is why she was always curious to study and learn about conflict and war from her early age. Greene completed her graduation from University of Texas in Austin.

Having been engaged with the Democratic National Committee, Jehmu Greene is in the field of politics for the past two decades. She is actively engaged for the welfare of the society ever since her engagement in politics. She has worked in various posts like a volunteer, coordinator and executive director in different campaigns.

Jehmu Greene has been involved with the United States Information Agency which encourages young people to take part in election. She had to travel to Botswana and South Africa in 1999 to encourage the youngsters to play a part in the elections.

U.S Secretary of State Hillary Clinton appointed Greene to the U.S. National Commission for UNESCO. In June 2011, Greene co- founded the organization named Define American which worked for immigration reforms. Similarly, she is actively associated with dozens of organizations which work in different sectors of the society and political spectrum.

Jehmu Greene  was named as one of the "35 most Beautiful and Remarkable Woman” in the world by the Essence magazine.

Jehmu Greene has a solid profile behind her with years of experience in different organizations. She has already worked in high profile positions in different committees and organizations. She is also paid well by the media for her regular contribution. Information in details related to her salary and net worth is still under review.