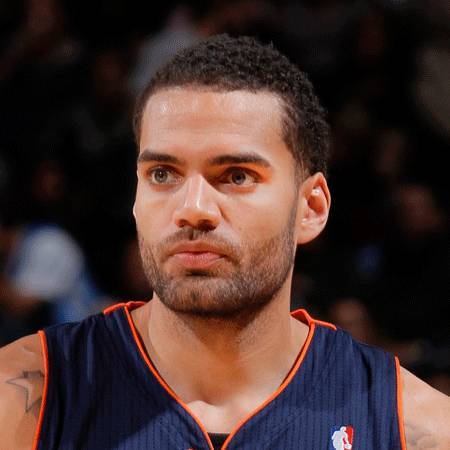 Jeffery Matthew Taylor was born on May 23 1989 in Norrkoping, Sweden to Pia Taylor and former NBA’s player Jeff Taylor. He is the second oldest of six children of his parents. Taylor has both Swedish and American citizenship.

Jeff played basketball for Norrkoping Dolphins youth team in Sweden and later moved to the United States in 2006 to live with his grandmother at the age of 17 and then played basketball for Hobbs High School located in Hobbs, New Mexico. As a freshman, Taylor played really well and averaged 12.2 points and 6.2 rebounds per game. His sophomore season was no less with an average of 13.3 points per game. However, his rebound average dropped a little to 5.2 rebounds per game. In the 2010-2011 season, Jeff introduced a new side to him as a defensive stopper being called on to defend every position on the floor however not the center. He was named to the SEC All-Defensive Team after averaging 14.7 points and 5.5 rebounds. For his college years, Taylor went on to join Vanderbitt in 2008. He played time and again for his college team and finally announced that he was ready to be drafted in the NBA 2012 draft however he was capable to be drafted in NBA 2011 draft. Taylor was drafted in the 2012 NBA in the second round as the 31st overall pick by the Charlotte Bobcats. He signed an official contract with the Bobcats in 13th July 2012. Taylor went on to score his career high 16 points in a 91-101 loss to the Atlanta Hawks on 23rd November 2012. He went on to average a total of 8.0 points and 2.3 rebounds per game in 24.2 minutes per game. He played 24 games in the NBA league. Then in September 2014, he was returned to the NBA development league. He was sent to the D-League’s Fort Wayne Mad Ants but later, Hornets assigned him to Austin Spurs . However he was recently called back again to join and play for NBA’s Hornets on 9th January 2015. Jeff has also taken part in the  EuroBasket tournament (2013 September version) . He became Sweden’s best scorer after averaging 21.2 points per game and 4.6 rebounds per game.

Not much about Jeff’s dating history is known to the public due to his reluctance in speaking about his private life. Recently on 25th September 2014 he was arrested at a hotel located in East Lansing, Michigan. Reportedly he was charged with one count of Domestic assault and destruction of property( of the hotel). The victims of his assault were his girlfriend and the hotel employee.