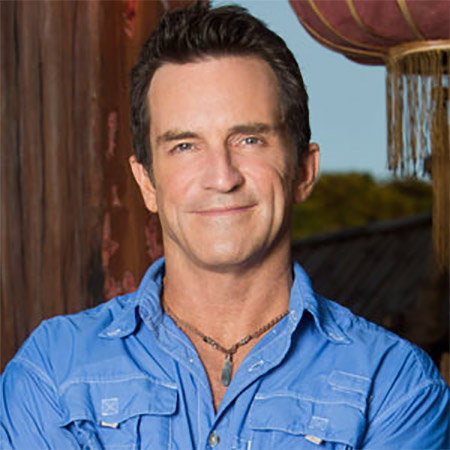 Fifty-five years old Jeff Probst is an American game show host and an executive producer. He was the host of The Jeff Probst Show, a Syndicated daytime talk show produced by CBS Television Distribution from September 2012 to May 2013. Probst was born on 4 November 1961, in Wichita, Kansas, United States America.

Jeff Probst was born on 4 November 1961, in Wichita, Kansas, United States America. He is the son of Jerry and Barbara Probst, and he grew up in Bellevue, Washington. He has two lovely brothers named Scott Probst and Brent Probst. After graduating from Newport High School in 1979, he later moved to Seattle Pacific University and he worked as a producer and narrator of marketing videos at Boeing Motion Picture or Television studio.

Jeff Probst also hosted the VH1 series Rock and Roll jeopardy from 1998-2001. In 2001, he was a correspondent for the syndicated program Access Hollywood. He also wrote and directed his first feature film called ‘Finder’s Fee’ and that was in 2001.

Jeff Probst often contributes to Jeopardy, and he has twice appeared on Celebrity jeopardy, first in 2001 and again in 2003. He was a frequent guest star on the sketch show MADtv, guest featuring once a season since the show’s 9th season.

Jeff Probst made a guest appearance in a 2003 episode of Space Ghost Coast to Coast on Cartoon Network. Jeff established The Serpentine Project in 2007. On 20 October 2008, TV Guide reported that Jeff is developing a new reality TV series for CBS called Live for the Moment, which will feature people with terminal illnesses.

Jeff Probst appeared on the CBS reality television special I Get that a Lot on April 1, 2009, where he worked as a cash register. He also appeared as himself on the sitcom How I Met Your Mother in October 2001. In the beginning of 2012, he announced he would be directing another feature film called ‘Kiss Me’, featuring John Corbett and Sarah Bolger.

According to his personal life, Jeff Probst is a married man. Jeff got married for the first time to Shelly Wright in 1996, who is a psychotherapist by profession. They ended their marital relationship after five years of marriage and they have no children.

Jeff Probst began his love affair with girlfriend Julie Berry in 2004. She is an American television personality and producer. However, they called off their relationship in 2008. At the end of 2011, he got married for the second time with Lisa Ann Russell. She has two children from her ex-husband, Mark-Paul. They are still together.

Jeff Probst has estimated net worth of around $40 million and he earns $4 million as a salary per year. He stands tall with the height of five feet ten inches and his weight is 77kg.