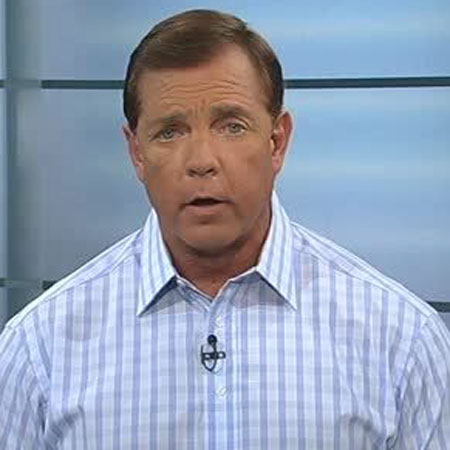 Sports Emmy Award nominee Jeff Hammond is known for his commentating skills for NASCAR on Fox Sports. He is called as an American NASCAR personality. He is also a businessman. He is a partial owner of Red Horse Racing and Camping World Truck Series. Jeff Hammond is also called as Hollywood Hammond by his Fox colleague Darell Waltrip.

Jeff Hammond is a graduate of East Carolina University. He had played football for his college but due to his injury in 1975, he had to quit playing football for the rest of the life.

Jeff Hammond started his career in NASCAR in 1974 as a tire changer but eventually started working as the jackman. In 1982, he was promoted to the crew chief at Junior Johnson Motorsports for Darell Waltrip and won his second consecutive championship. The combination of Hammond and Waltrip became the top driver-crew chief winning 43 races during the 1980s.

The duo established Darrell Waltrip Motorsports in 1991. The combination later could not show the magic as they showed in the 1980s. Darell then worked as crew chief for Chad Little being with Roush Racing and for a stint, Jeff Hammond worked with Kurt Bush as the crew chief.

Jeff Hammond worked with four NASCAR champions in his career till 2000 and later moved to FOX Sports initiating his broadcasting career.

It was Jeff Hammond alone to start on the television as a broadcaster but also Darell Waltrip, his long time friend. In 2001, Jeff Hammond joined Fox Sports 1 as an analyst for NASCAR Race Hub. His journey for FOX NASCAR Sunday was from 2001 till 2013 and then from 2014, he started covering stories for Fox NASCAR from pit road.

Jeff Hammond has the smooth personal life as his professional life. Moving onto his relationship status, sixty-years old Jeff Hammond is a married man. He is married to his wife Sharon Hammond since almost 35 years.

The couple got married in 1981. No information is available on their children. Since there is a famous saying of ‘having no news is god news’ we would also like to assume Jeff Hammond is enjoying a euphoric marital life.

Besides Jeff Hammond's wife Sharon, Jeff’s named has never been linked with any other woman as his girlfriends. He has proved himself as an honest and faithful partner and husband.

Jeff Hammond has the estimated net worth of $1.5 million dollars. He earns a very satisfactory amount of salary from his broadcasting career and other ventures that include hosting different events that are boosting his net worth day per day.