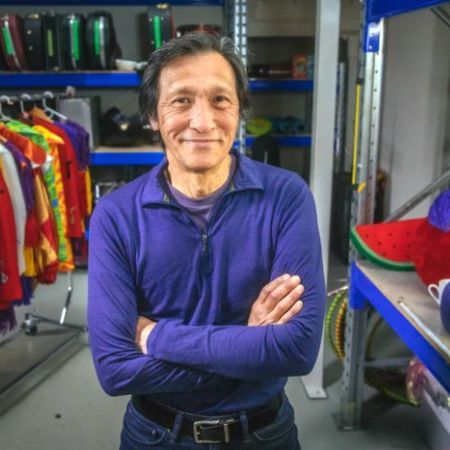 Jeffrey Wayne Fatt, who is famous with the name Jeff Fatt, is a well-known Australian musician as well as an actor. He was the band member of  The Cockroaches which got banned in the 1990s. Jeff also worked as the member of the children's group The Wiggles till 2012 from 1991.

Jeff Fatt was born Jeffrey Wayne Fatt on July 21, 1953, in Casino, New South Wales, Australia. He is of Australian nationality and belongs to the mixed ethnicity. His parents are Chinese and are involved in the retail business. He grew up along with his sibling-brother named Hilton Fatt.

Fatt wanted to become an architect and received a Bachelor of Arts in industrial design. Jeff and his sibling began a public address equipment business in Sydney. At that time, he started to play keyboard for the band The Roadmasters. Then, famous musicians, Paul Field and Anthony Field selected him and got selected at the band The Cockroaches.

The musician Jeff Fatt started his career when he was a member of the band The Cockroaches which is said to be the forerunner to The Wiggles with band members Murray Cook, Phillip Wilcher, and Greg Page. He was also known as The Purple Wiggle. Later, the original members were replaced by backup dancers like Anthony Field, Emma Watkins, Lachlan Gillespie, and Simon Pryce. 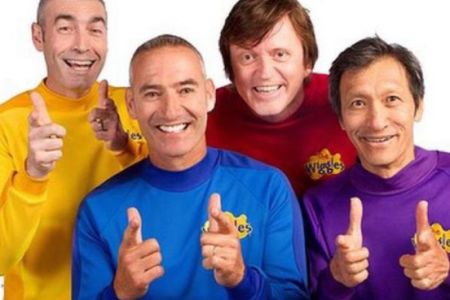 The original members of the band The Wiggles SOURCE: abc.net.au

Unfortunately, the band named The Cockroaches separated in 1990, and he was insisted to help for the recording of the first album of Wiggles by his bandmate Anthony Field. He was not that interested at the beginning, but later became an important part of the group. Fatt then created the famous character Henry the Octopus and gave a voice to it as well.

Additionally, he inspired The Wiggles' song, Wake Up, Jeff! During the early years, the multi-talented star was not comfortable around kids and took those early shows fully traumatic. But for now, Wiggle is still a famous children's television program in Australia and the world as well.

Jeff Fatt's net worth is reported to be $4 million according to the Celebrity NetWorth. His children's musical comedy troupe The Wiggles has an impressive net worth of $20 million.

Jeff and the remaining band members of The Wiggle left the band after 21 long years. As per the Forbes, Jeff, along with his co-workers, earned $28.2 million while they were active in the band.

The Purple Wiggle Jeff Fatt is very secretive when it comes to his personal life. He prefers keeping his personal life away from the media. He has not disclosed whether he is married or dating his girlfriend or still single.