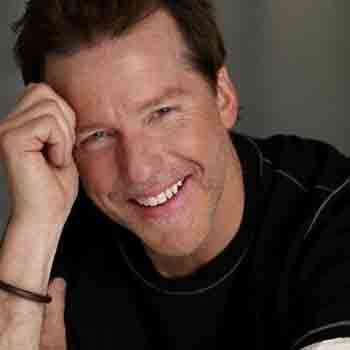 The brilliant, Jeff Dunham is an American ventriloquist and stand-up comedian who is famous for his five specials running in comedy central; Jeff Dunham: Arguing with Myself, Spark of Insanity, Jeff Dunham’s Very Special Christmas Special, Controlled Chaos and also  Minding the Monsters. Not only that, Dunham has been credited with enlivening ventriloquism. Jeff has been called “America’s favorite comedian” by Slate.com and Jeff has earned the title of “Ventriloquist of the Year” two times. Jeff’s unparalleled comedic skills led him towards being the third highest paid comedian in the United States earning approximately $30 million during June 2008 to June 2009.

Jeff Dunham was born on April 18, 1962 in Dallas, Texas and was adopted by real estate appraiser Howard Dunham and homemaker Joyce when he was 3 months old. At the tender age of eight, Jeff began ventriloquism after he received a Mortimer Snerd from his parents as a Christmas gift.

While he was in fourth grade, Jeff made a resolution that he wanted to be a professional ventriloquist and the best one ever. Jeff was so determined that he started practicing for hours and studied the routines of his idol Edgar Bergen. When in sixth grade, Jeff began attending the Vent Haven ConVENTion in Fort Mitchell Kentucky, an annual international ventriloquist meeting.

Jeff then began performing for audiences in school, church and also during his job at Six Flags. Dunham made his television debut in 1976 when he caught the attention of Dallas reporters like Bill O’Reilly who interviewed him for a local news story. Jeff then started doing commercials for Datsun dealership based in Dallas while still in high school. Jeff was also voted Most Likely to Succeed in high school.

Jeff graduated in 1980 and determined his goal of appearing on The Tonight Show Starring Johnny Carson within 10 years. The same year , Jeff began attending Baylor University and in the meantime would fry around the country on weekends doing around 100 private shows a year.

Jeff was earning $70000 a year by his junior year in college. Later Jeff was asked to join the Broadway show Sugar Babies in 1985. Jeff also performed at the Westbury Music Fair on Long Island. Jeff graduated from Baylor University in 1986 after which he began doing acts in comedy clubs in the Southwest with new characters like Peanut and Jose Jalapeno.

Jeff experienced a bitter failure at Catch a Rising Star in New York City when the emcee at the club gave Dunham little respect. By the end of 1988, Jeff moved to Los Angeles, California where he was told by James   McCawley that he would be given a place on the desirable “The Tonight Show Starring Johnny Carson”. But later Jeff’s appearance was removed by McCawley. The in April 1990, McCawley told Jeff that he would be given an appearance on The Tonight Show Starring Johnny Carson.

Dunham was seen on The Tonight Show for four times, he then moved back to performing in clubs. In 1998, Jeff was voted Funniest Male Standup at the American Comedy Awards. Jeff had a successful appearance on The Best Damn Sports Show Period after which on July 18, 2003, he appeared on Comedy Central Presents which was his first solo performance on Comedy Central.

Later in 2005, Jeff released his own comedy DVD; Jeff Dunham: Arguing with Myself which later was aired on Comedy Central, drawing around 2 million viewers and selling 2 million DVD.  Later in 2007, Jeff appeared as The Amazing Ken in the Larry the cable guy feature film Delta Farce. Jeff’s second special was Spark of Insanity.

A year later his characters crossed language barriers and were dubbed for countries like France, China, and Norway .etc. Later Jeff taped Jeff Dunham’s Very Special Christmas Special at the Pabst Theater in Milwaukee, Wisconsin. Later, in September 2008, Jeff started performing in huge Arena’s after which he released his first music album; Don’t come home for Christmas on November 4, 2008.

Jeff Dunham’s Very Special Christmas was where Jeff made his first onscreen appearance. A year later in March 2009, Jeff signed a contract with Comedy Central which stated that Jeff would get a fourth stand-up special in 2010, he would also receive a partnership for a consumer product, a tour in 60 cities and would also do a television series called The Jeff Dunham Show.

Country Music Television premiered Achmed Saves America on March 28, 2014. Jeff has been seen in many episodes of Tv series and has voiced as many characters. Jeff has also voiced as the mole in the 2014 3D computer-animated heist-comedy film called The Nut Job.

Jeff met his first wife, Paige Brown in West Palm Beach. Paige was born and raised on Amelia Island, Florida. In 1991 Paige’s first daughter Bree was born thus she moved to West Palm Beach where she first met Jeff. A year after that the couple started dating and after three months of dating, they were engaged. After a year of the engagement, the couple finally got married.

The couple gave birth to 2 daughters Ashlyn (1995) and Makenna (1997). Unfortunately, various rumors of infidelity from Jeff’s side began to pile up and finally, in 2008, they decided to separate. Jeff and Paige filed for divorce in June 2009 which finalized in May 2010.

The cause of the couple’s divorce was rumored to be Jeff’s current wife Audrey Murdick who is a well known certified nutritionist, personal trainer and well as a competition bodybuilder.

Audrey Murdick met Jeff Dunham while working with him for Jeff Dunham: Minding the monsters and Birth of a Dummy.  The two of them have been together since 2009. The couple got engaged on December 25, 2011, and on October 13, 2012, they made up their mind to get married.