Jedidiah Goodacre is a Canadian actor who rose to fame after portraying Jetpack Buddy in action-adventure film Tomorrowland. He is also known for his role as Jason Tanner in the Leo Award-winning TV series Somewhere Between. His other notable projects include The 100, Restless Virgins, and Descendants.

Jedidiah Goodacre was born on January 11, 1989, in Petrolia, Canada, under the zodiac sign Capricorn. He is Canadian by nationality and white by ethnicity.

Goodacre was raised along with three elder sisters and a brother. In 2012, he joined Vancouver Film School for Acting for Film and Television where he studied acting.

The 30-year-old actor stands at a height of 5 feet 8 inches.

Later in 2014, Goodacre starred in the drama-mystery television series The 100. That same year, he was cast in Zapped and Way of Wicked. 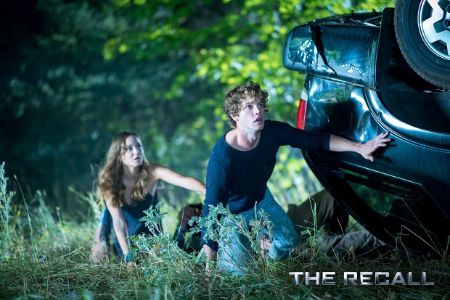 In 2015, Jedidiah appeared as Jetpack Buddy in the Brad Bird's Tomorrowland alongside George Clooney, Hugh Laurie, and Britt Robertson. In the same year, he starred in Descendants and If There Be Thorns.

In 2017, Goodacre joined the cast of Leo Award-winning TV series Somewhere Between. In the same year, he got the role of Charlie in the action-sci-fi film, The Recall.

Jedidiah Goodacre is a Canadian actor who earns a handsome amount of money from his acting career. As of January 2020, the actor has an estimated net worth of around $500 thousand.

Is Jedidiah Goodacre Dating Anyone?

Jedidiah Goodacre is quite secretive when it comes to personal life. As of now, the 30-year-old actor seems to be single.

The actor currently seems to be focused on a professional career rather than starting a romance. Goodacre currently resides in Vancouver, Canada.

He is a Pet Lover 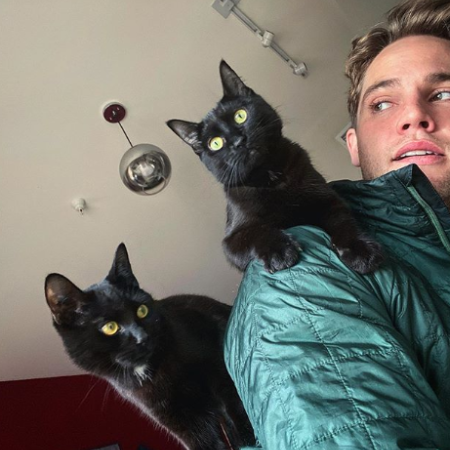 The actor has several dongs and kitties with names Zooko, Grump, Deuter, among others.