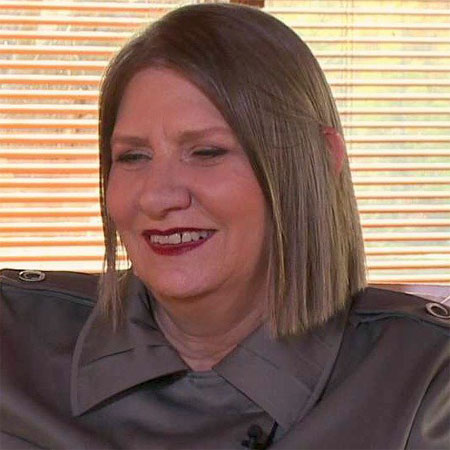 Jeanne Moos is a news correspondent who currently served for CNN based at the network’s studios in Manhattan. Previously she worked in WPTZ.

Jeanne Moos was born in Pittsburgh, Pennsylvania, the USA on May 21, 1950, under the birth sign Gemini. She is the daughter of Miriam and Glenn. She is of American nationality while her ethnicity is unknown.

Regarding education, she initially attended the S.I. Newhouse School of Public Communications at Syracuse University. She earned a bachelor’s degree in TV-Radio from there.

Moos initially wanted to pursue a career in print journalism, however, she later ended up pursuing Television Journalism. Jeanne Moos landed her first major job in 1976 as the first female correspondent at WPTZ in Pittsburgh, New York.

Jeanne covered local and national stories, including the 1980 winter Olympic Games in Lake Placid during her tenure at WPTZ.

After working at WPTZ for a few years, Jeanne Moos joined CNN as a reporter in 1981. She covered stories ranging from political corruption to the United Nations during the 1991 Gulf War.

Jeanne’s coverage gained her the 1991 Korn/Ferry International Journalism Awards. She is also the recipient of the 1998 Front Page Awards.

Later started to report on unusual and off-beat soft news stories. Jeanne started a series of reports called “Making the Moost of It”.

She still continues to file reports for CNN in a segment called “Moost Unusual” that airs during ‘Showbiz Tonight’ and ‘The Situation Room’ on CNN Headline News. Jeanne Moos has by now spent 4 decades in the news and entertainment media industry.

How Much Worth Jeanne Moos Collected From Her Long Time Journalism Career?

Jeanne has spent 34 years with CNN, her net worth isn't known in exact figures. But given the fact that she has an impressive home in New York City and has spent so many years in a prominent News Network, her network is definitely in multiple millions. In the years 2019, the news correspondents get around $86,911-$187,621 per year as pf their experience.

Is Jeanne Moos Married Or Dating?

The 69 years old, Jeanne Moss, also known as CNN's queen of quirk, isn’t publicly known to be married. There are speculations that she might be lesbian. However, Jeanne herself hasn’t officially revealed anything.

She loves to spend her weekend away from NY city home in a peaceful quiet cabin on a lake without any TV, with only music.

In an interview with WNEP, she revealed how in her early years she had to receive voice training from a guy because her voice was considered ‘’annoying’’.

She remembers she was fired after 4 years of being the only woman on air at WPTZ for ‘’insubordination’’.

Jeanne says she is now happy with her light mood/hilarious stories. She says she enjoys it.