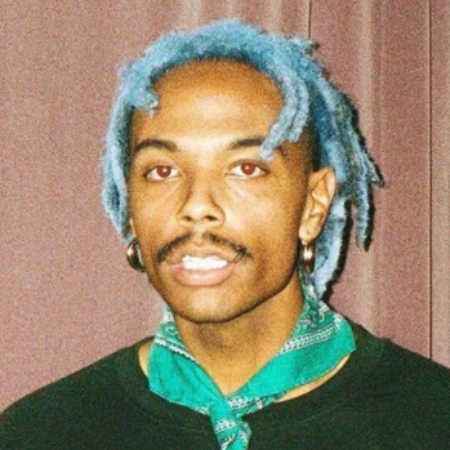 David Dwan Sanders, well recognized as Jean Dawson, is a Mexican-born California-based singer-songwriter and rapper who rose to prominence for his track, including '90's Green Screen,' 'Blame By Me,' and 'Mala Mariposa.' He published his debut single titled 'Bull Fighter' back in 2018. Additionally, the talented singer also released a mixtape called 'Bad Sports.'

When And Where Was Jean Dawson Born?

Jean Dawson was born David Dwan Sanders on December 22, 1995, in Tijuana, Mexico, to a Hispanic mother and a black father. He has two brothers Jerome Sanders and Moja Robinson.

As of writing this article, he aged 25 years old. He holds Mexican nationality and belongs to a mixed ethnic background. He attended high school after his family moved to San Diego.

As a child, he was all into an eclectic mix of music. Similarly, he was highly influenced by music artists like Jay-Z, Kanye West, N.E.R.D., and Nirvana in his teens.

Subsequently, after discovering Bon Iver and Frank Ocean, he started to write his own original songs.

Jean Dawson released his debut EP titled 'Bad Sports,' with producer/songwriter Lecx Stacy in 2019. The mixtape consists of songs, including his hit '90's Green Screen,' 'Blame By Me,' and 'Mala Mariposa.'

He also published his first full-length studio album titled 'Pixel Bath' in October 2020. The album included the track such as Devilish, Pegasus, Dummy, Poster, Child, among others.

Not to mention, the rapper also worked with A$AP Rocky on the song titled 'Triple Double.'

The 25-year-old rapper has amassed a decent sum of riches from her music career. Though his exact net worth is unknown, he is assumed to have a net worth of $500 thousand as of June 2021.

He also adds a good amount from his merch, endorsements, and album sales. Besides, his Not On Label and Vinyl, LP, Album, Limited Edition, Clear, Unsigned, Bad Sports, is worth $600.00 at the marketplace.

Is He Dating Anyone? Is He On Any Social Media?

90's Green Screen singer is possibly not dating at the moment. He hasn't introduced anyone as his girlfriend or lover till now. He prefers to keep his personal life away from media and has maintained a low-key profile. 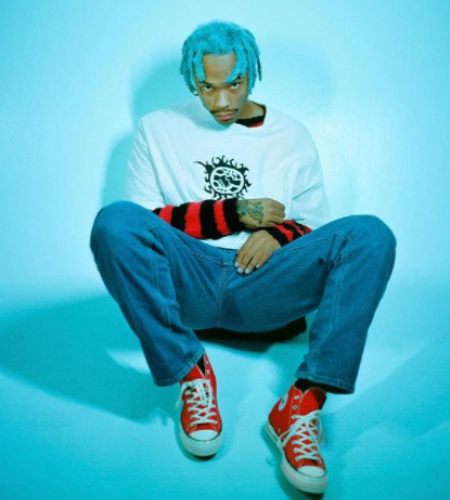 Nevertheless, the rapper is more focused on his musical journey and is busy with his upcoming projects.

Taking about his online presence, he is active on Instagram under the handle @jeandawsn, which currently has 63.4k followers. Meanwhile, his self-titled Twitter has 12.6 thousand followers as of now.