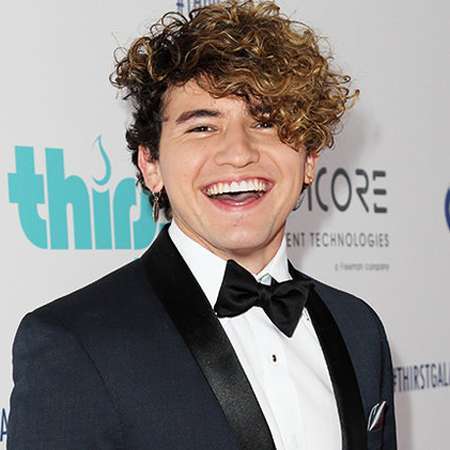 Jc Caylen is a famous YouTube star/ Vlogger and actor, known for his Vlogs and movies. He has over 90 million subscribers across his various channels and 400 million total views as of November 2017.

He was born on 1992, September 11, in San Antonio, Texas, US. Caylen full name is Justin Caylen Castillo, later he changed his name legally with the approval of the authority to Justin Cloud Caylen.

Caylen mother and father got divorced when he was a very young age and he lived with his mother. He has two sisters named Jaylyn Castillo and Ava Grace Castillo and one brother Joe Felix Castillo.

He moved to Los Angeles, California when he was 20 years old, on July 1, 2012, and currently lives here. He is well-known as his YouTube channel JC Allen, life with JC, and theseDudez.

He became famous after associating with our2ndlife Youtube channel, in company with another youtube stars Ricky Dillon, Kian Lawley, Sam Pottorff, Trevor Moran and Connor Franta. He has 3.1 million plus subscriber and more 100 million views on YouTube jointly.

Caylen studied his high school in a regular public school. In schools, he used to get bullied often, for his videos on YouTube, they say that he is an attention seeker.

Before he became famous he used to work in sonic and yogurt shop. He first launched his YouTube channel named life with JC in September 2010 and active since then. The collaboration channel our2ndlife broke apart in 2014.

Caylen is an unmarried man. He is not dating anyone currently (publicly). However, he shares several snaps with a mysterous girl on his Instagram. He has not anything about the girl. Previously, he was in a relationship with co-star Lia Marie Johnson.

In accordance with her bio, Lia Marie has appeared in movies including Expelled, Everything Before Us, The Thinning, American Wrestler:

The Wizard. She also had a small role in Counterpunch and Finding Cody. Till date, there has been no rumor or news about him, getting married.

Talking about his behavior and personality, Caylen is a funny guy with a good sense of humor. He likes watching movies and his own videos.

He has one dog as a pet named Wishbone. Wishbone was featured in his several YouTube videos. Caylen got Wishbone from a married couple in Vegas, at first, the dog name was lucky and Caylen decided to change to the wishbone.