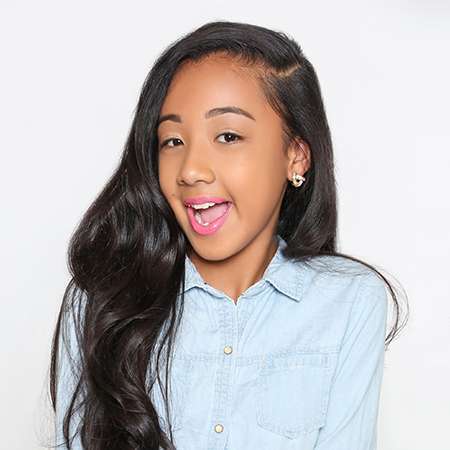 Talent can’t be hidden; especially if it gets the right nourishment and outlet. Even if you are young, you can do magic and grow in experience to do amazing things in future. We have known many celebrities; actors, models, singers, players who in their young age have been very famous and highly demanded. Well, I wouldn’t say demanded in this case, though, but, yet, our celebrity here is highly famous even before completing her fifth grade.

Jayla Marie, who is a 12-year-old kid, has been a sensation in the rap and hip-hop music sector, and her talent is outburst in the platform of The Rap Game; a musical show that supports prodigies. Having born in a working-cla s s family in New York on the 5th of August, 2004, she quickly started to perform and sing from a very young age.

Listening to artists such as Rihanna, Wiz Khalifa, Eminem, Snoop Dogg and others inspired her to start rapping the words in a rhythm and she quickly caught up with the tune, giving it a unique style of her own. There is not a lot of information regarding her past life, schooling or family, however, she is reported to have a younger sister.

She started to record her songs, raps and mix them together to upload together on YouTube, under her channel: TheRealJaylaMarie.  Unsurprisingly, the results that came were half expected but it grew more and more making her a child star which, maybe, she hadn’t dreamt of becoming so fast.

She used to cover some of the most popular songs of the time and sort of remix it into her own way, but not killing the essence of originality. Soon, she started to have viewers and followers from around the world and grew quickly in fame. It is said that her first song ever recorded was when she was 3 years of age, and since then has been singing as well as choreographing her own moves.

For her work and talent and the way she puts some lyrics in accordion to her rap songs to give it that R&B feel has earned her the name of “Princess of Hip Hop and R&B”. She has taken part in almost all of the popular child talent shows and musical competitions including in the WorldStarHipHop.

At just 12, it might be pretty hard to deal with all the fame and flashes when you mostly want to play in the park with your fans and have a Popsicle. But it might be little difficult for our wonder kid as she is recognized mostly anywhere she goes and might have people asking for an autograph or a picture at least.

To find out more about her latest events, news or activities, you can follow Jayla on her official Instagram as well as Twitter accounts, in which she has over thousands of followers.

Her net worth is not official at present. She is a rising star and is popular for her remixes on YouTube.