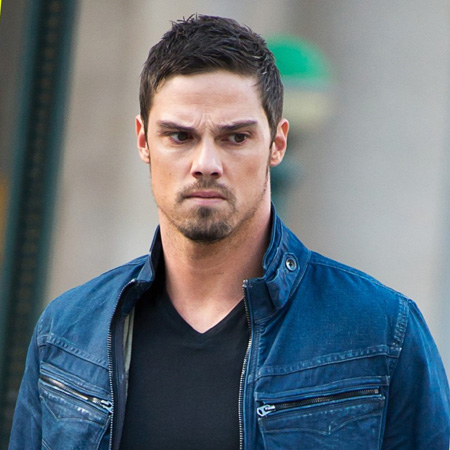 Jay Ryan is a New Zealand-born actor, known for portraying Jack Scully in the Australian television soap opera, Neighbours. Also, he is the winner of the Equality Ensemble Award for Outstanding Performance by Ensemble in a miniseries for the series, Top of the Lake.

He made his acting debut in an action series Young Hercules. The following year, he featured in an action-adventure drama show Xena: Warrior Princess. He then enacted in numerous films and TV series including You Wish!, Mockingbird, The Tribe, and Being Eve.

From 2012-16, he was one of the lead characters in the TV drama Beauty & the Beast. Since 2017, he is playing in a Canadian series Mary Kills People.

Jay Ryan was born as Jay Bunyan on 29 August 1981, in Auckland, New Zealand. He belongs to a mixed ethnic background and holds Kiwi nationality. Ryan was raised with his sister who belongs to half Tongan descent.

From his early days, Ryan was passionate about acting and began his acting career when he was 8. He used to perform as a clown entertaining young children at the supermarket on the weekends.

Jay Ryan was interested in acting since his childhood, in 1998 he debuted with the TV series, Young Hercules as Cadet. Later, he started appearing in numerous other TV series and films too.

In 2000, Ryan featured in the series, Xena: Warrior in a minor role. In the early 20s, he changed his nickname to Ryan from Bunyan because Bunyan sound too similar to a Bunion.

In the year 2002, he appeared in a lead role in the Australian television soap opera, Neighbours and was nominated for the Logie Awards for most popular New Male Talent.

After receiving popularity, Ryan appeared in various television series and movies including, Interrogation as Police Constable Dean Salmon, Sea Patrol as Seaman Billy, Beauty & the Beast as Vincent Keller, Mockingbird as Joel, and much more.

From 2012-16, Ryan appeared in the CW series, The Beauty and the Beast alongside Kristin Keryk, Austin Basis, Nina Lisandrello, Brian White, and other stars. His amazing acting skills helped him grab much of the attention of the audience.

Since 2017, he is playing Detective Ben Wesley in the Canadian drama series Mary Kills Police.  He is filming the mini-series Fighting Season as of June 2018.

Jay Ryan earned lots from his acting career playing as an actor in a lead role in several popular TV series and movies including Top of the Lake.

Ryan is estimated to earn $484,000 yearly by signing film contracts, sponsorships as well as featuring in movies and has amassed a massive net worth of $4 million.

Jay Bunyan who dated his girlfriend, Dianna Feumana- a Canadian-New Zealand writer is currently married now. The duo supports each other, even in their work as well.

The pair has not decided when they will get married. They have a daughter named, Eve born in March 2013.  They were planning to keep a secret about their daughter, but, later, Bunyan himself announced it on TV Week Australia. He said;

We've kept everything pretty quiet until now, but it's changed my life and really put a lot of things in perspective.

He also added that becoming a father changed his life and also help to understand the importance of family.

The couple is very happy to have such an angel daughter and spend most of their time with their daughter. They even take Eve to most of the functions together.

As per him, his daughter was born just two days before shooting the first season of Beauty and the Beast’s in Toronto, Canada.

His girlfriend Dianna Fuemana is a Canadian play writer and media personality. She wrote her first play Mapaki in 1999 which was highly appreciated by its viewers. The play portrayed the story of a single woman. Her plays have been staged in various countries in the world including Jingle Bells (2001), The Packer (2003), and Falemalama (2009).

She has also won several accolades due to her contribution to the play and stage shows. She has also worked with numerous film directors on various projects.

Actor Jay Ryan possesses a healthy and athletic body physique. He stands at a good height of slightly over 6 feet and his body weight is around 79 kg (174 pounds).