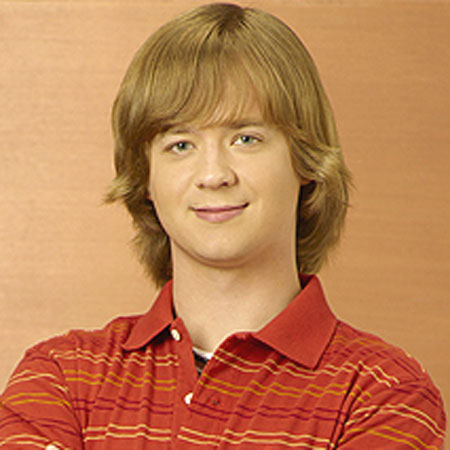 Jason Earles is an American actor, martial artist, a comedian as well as a director, best known for his portrayal as Jackson Stewart in Disney Channel sitcom, Hannah Montana & his role as Rudy Gillespie in the Disney XD series, Kicking It.

Earles was nominated for the Teen Choice Award in 2009 for his role in Hannah Montana: The Movie.

Jason Earles was born as Jason Daniel Earles on 26th April 1977 in San Diego, California, the U.S to Jenny. He belongs to white-American ethnicity and holds an American nationality.

Earles has four siblings: two older brothers, a younger brother & a sister. After living in Ohio, he moved to Oregon with his family.

Earles went to the Glencoe High School in Hillsboro and graduated in 1995. Before moving to southern California, he lived in Billings, Montana, where he obtained a degree from the Rocky Mountain College in 2000.

After completing high school, Earles toured with the prestigious "Montana Shakespeare in Parks" theater company, playing Feste & Sebastian in the productions of Twelfth Night and The Tempest respectively.

Earles portrayed Alan Strang in Equus after coming to an agreement with the former theater director, Gerry Roe at the Rocky Mountain College not to cut his bare scene.

In the year 2003, Earles appeared in the two-episode of The Shield,' Breakpoint,' & in an uncredited role on a Malcolm in the Middle.'

A year after that, Earles appeared in the short movie, Table 6. He starred as a guest star on Still Standing (2004) & One on One (2005). His first collaboration with Disney occurred with the science fiction sitcom, Phil of the Future,' as Grady Spaggett.

In 2005, Earles was cast as Ernie in American Pie Presents: Band Camp,' the first of the direct-to-video spin-offs of an American Pie movie.

The couple is blessed with a daughter, Noah Earles. However, they divorced after eleven years of marital relationship.

After divorce with Jennifer, he began dating Katie Dryden in January 2013 and announced their engagement through her Instagram account on 14th November 2016.

After being together for more than three years, the pair tied the knot on 15th August at The Garland in a Toluca Lake, California, on a Sunday & shared the exciting news on Instagram.

Jason Earles receives a massive amount of salary through his career. Being actor & comedian, he has featured in some television series & movies and earns good money. It is estimated that Earles' s current net worth is around $8 million.