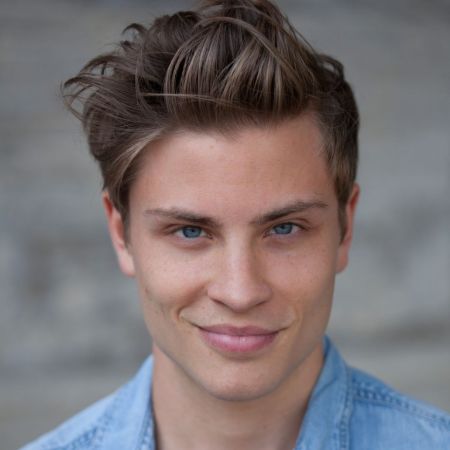 Jannik Schumann is a German-born actor based in Berlin and Hamburg. He is best known for his roles as Aiden in the action-adventure film Monster Hunter and Nicholas in the drama-romance film Center of My World. Some of his other feature films are Godless Youth, Close to the Horizon, and LenaLove. Moreover, Schumann currently (2021) appears in Netflix's Tribes of Europa.

How Old Is Jannik Schumann?

Jannik Schumann was born and raised on July 23, 1992, in Kirchwerder, Hamburg, Germany. He is 28 years old as of 2021. He holds German nationality and belongs to white ethnicity.

He has two brothers. He stands at the height of 5 feet 9 inches/1.76 meters. As of now, he lives in Berlin and Hamburg.

Schumann, 28, first appeared in an episode of the television series The Air Rescue Team in 2003. Since then, he landed roles in various television movies and series like A life so far away, Stubbe - Von Fall zu Fall, and Alphateam - Die Lebensretter im OP.

From 2010-2011, he joined the cast of the television series A Gurls Wurld. His other TV series and movie include Barbara, Morden im Norden, and Bella Block.

From 2016 to 2020, the actor was cast as Nikolaus Tanz in the series Die Diplomatin. He went on to star as Aiden in the action-adventure film Monster Hunter in 2020.

The 28-year-old actor has earned an estimated net worth of $1 million as of April 2021. He gathered a good wealth mostly from his career in acting. He has worked in films and television series like Monster Hunter, LenaLove, and Tribes of Europa.

Besides, the actor also adds decent fortune from his social media, endorsements, and side business. He gained $842.25 to $1,403.75 per sponsored post from his Instagram @jannik.schuemann with 280 thousand followers.

Who Is He Currently Dating?

Center of My World star Jannik Schumann is openly gay; however, many sources have claimed him to have a wife or a girlfriend in the past which is hoax news.

He shared a picture with his boyfriend Flix Kruck on Dec 2020 on his Instagram, revealing his relationship with his fan followers.

“I am overwhelmed by all the messages, comments and the love you give us,”

“I have read every single message and cannot put my feelings into words,”

The actor loves to play the instrument piano. He also has an avid animal lover. He owns a cat and dog.