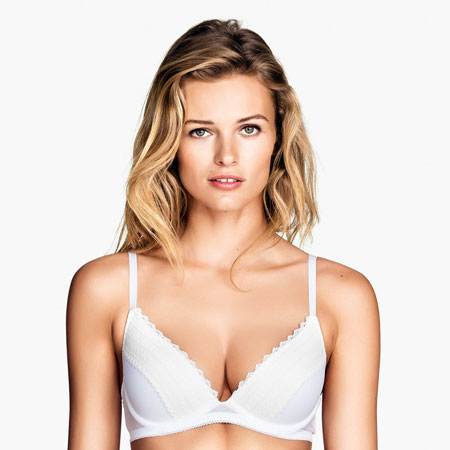 Janini Milet is a Brazilian model, well recognized for her appearance in the movie Love is Now.

Janini Maria Soares Miles was born on 11 January 1988 in Brazil. She studied at the Australian Center of Photography and later joined Billy Blue Design College.

She belongs to white Brazilian ethnicity and holds Brazilian nationality.

Janini began her career when she was discovered by a scout in her hometown. Later, she won a competition for a contract with an agency in Brazil.  She traveled to numerous countries for some time and later ended up based in London.

She is in the modeling business since 12 years and has walked in ramps all over the world, whereas during her modeling phase  Milet also studied acting for about one year at NIDA school in Sydney, Australia. Later, in 2014, Milet appeared in a movie Love is Now.

Janini Milet isn't seen involved in any kinds of relationship. She might be busy maintaining her career meanwhile. Other than speaking English, she has a good command over various other languages such as Spanish, Italian, and Portuguese.

Janini Milet earns a decent amount of net worth from her modeling and acting career and through endorsements which help her to achieve a luxurious life standard.