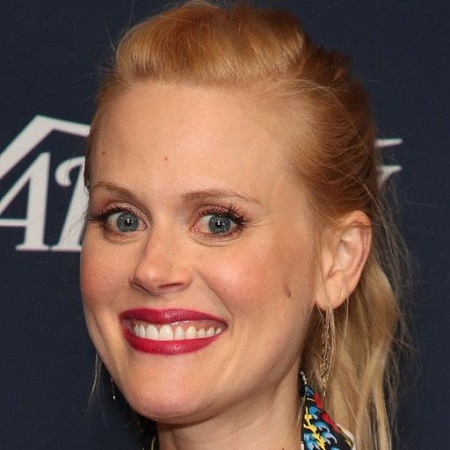 Janet Varney is a famous American actress and comedian who started her professional career in 2003. The 44 years old actress grabbed huge attention for voicing Korra in the animated television series, The Legend of Korra. Besides this, she is the co-founder, producer, and creative director of SF Sketchfest and co-founder of Totally False People.

How Old Is Janet?

Janet was born on 16th February 1976, and is 44 years old, as of 2020. She was born in Tucson, Arizona, the United States of America, and belongs to American nationality. Her ethnicity is English and Scottish.

Janet started her professional acting career in 2003 appearing as Jane in the movie Stuck. Before starting an acting career, she worked as an interior design.

In 2004, Janet appeared in the movie Catwoman and television series Crossballs: The Debate Show. She has worked in the movies like Dante’s Inferno, Still Waiting…, Bill, Humble Pie, The Selling, Present Tense, Norm of the North, Judy Moody and the Not Bummer Summer, Nic & Tristan Go Mega Dega, and so on. 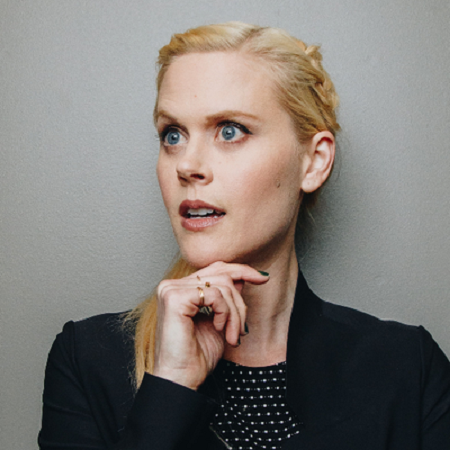 Similarly, the actress has starred in television series like Happy Hour, Free Ride, Back to Norm, What About Brian, The Untitled Rob Roy, The Loud House, HarmonQuest, American Housewife, Comedy Bang! Bang!, Adam Ruins Everything, Shameless, Sanjay and Craig, You’re the Worst, Take My Wife, Other Space, Kroll Show, MyMusic, The Legend of Korra, The Game, Best Player, Bones, Entourage, Psych, Man Stroke Woman, and many others.

How Much Is Janet Varney’s Net Worth?

Janet has been working in the Hollywood industry for around seventeen years now. Within such a long time, she definitely has collected a high figure of money.

As of 2020, Janet Varney’s net worth is reported to be around $2 million. Similarly, her annual salary is around $250 thousand.

What Is Janet’s Sexuality? Who Is She Dating?

While talking about Janet’s sexuality, she claims herself as a bisexual. As of now, the actress has not disclosed anything about her personal life. She has not been spotted with anyone to claim as her possible partner. She might be currently single or might be dating her boyfriend/ girlfriend but has not talked in the media.

However, she previously was in a long-term relationship with the show host, Chris Hardwick. As per sources, the former couple started dating in 2004 and was together until 2011. They dated for seven years. Her former partner is now married to actress and model Lydia Hearst. They got married on 10th August 2016.

SEE: How Much is Chris Hardwick's net worth? know about his Career and Awards