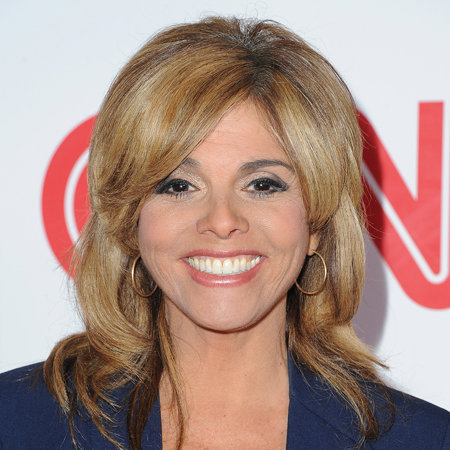 Jane Velez Mitchell, a television journalist and author, is currently working for HLN News Channel. She is also a correspondent for the nationally syndicated show Celebrity Justice. She formerly hosted her own show  Issues with Jane Velez-Mitchell on HLN.

Jane Velez-Mitchell was born on 29th September 1956, in Manhattan, New York, USA. Mitchell was raised in her birthplace along with her Irish-American father Pearse Mitchell and Puerto Rican mother Anita Velez.

Jane Velez-Mitchell started her anchoring career in early 1990 where she co-anchored on a local Los Angeles TV station KCAL-TV. During her early career, she paired with Jerry Dunphy who was also a Los Angeles broadcasting legend. Mitchell also used to appear on KCAL-TV sister station KCBS-TV. Her other major duties included talk radio KABC (AM), Los Angeles.

Jane Mitchell was one of the anchors who covered entire child sexual abuse trial against singer Michael Jackson, where she appeared daily on Nancy Grace.

Jane Velez-Mitchell is openly a lesbian and she has presented herself in several television interviews. There are no any records about her current affair but she was in a long-term relationship with Donna. They were spotted several times kissing in public places openly.

Jane Mitchell has also been involved in several charitable and humane causes. Mitchell is also famous for animal rights advocacy. Mitchell is vegetarian and an environmentalist. In 2012, Velez-Mitchell was awarded Movers and Shakers Award by PETA. Velez-Mitchell currently lives in the  United States of America along with her family and she keeps interest in Music and movies.

Jane Velez-Mitchell's net worth is assumed to close to six figures. Mitchell stands 1.57 meters tall, which is around 5 feet and one inch. Mitchell has maintained her fantastically even at the age of sixty with proper exercise.

Velez-Mitchell has been popular in social Medias and networks. She is active on Facebook, Twitter, and Instagram. Mitchell’s authorized Twitter account has been followed by her thousands of fans. Mitchell has been featured in several magazines and newspaper articles for her social and environmentalist works.