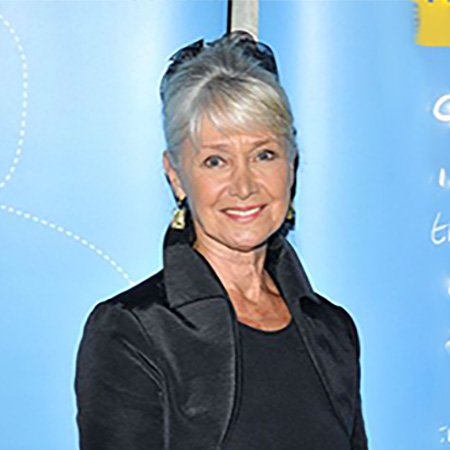 A British TV presenter and newsreader Jan Leeming has a long career in television. She is known for appearing in I’m a Celebrity. Get me out of here and the Real Marigold Hotel. She is a Freeman of the City of London and the honorable company of air pilots. Jan Leeming is a Patron of Souvenir Francais and actively supports the Battle of Britain Memorial Trust Fund.

Very less is known on Jan Leeming’s early life. She was born on January 5, 1942, in Kent, England. Information on her parents and early childhood days are not available. She attended St. Joseph’s Convent Grammar School.

It is unknown when Jan Leeming started as an actress but her career flourished in Britain only after being established in Australia and New Zealand as an actress and presenter. In between 1974 and 1979, v was the presenter for Pebble Mill at One, an afternoon show on BBC One. During the 80s era, she became one of the popular faces in the United Kingdom and has hosted the 1982 Eurovision Song Contest.

She served as a stand-in newsreader for Channel 4’s breakfast show, The Big Breakfast during the 1990s. She has also appeared in movies and shows including Whatever Happened to Harold Smith?, The Harry Hill Show, Through the Keyhole and more. She was the presenter at the 60th anniversary of the Battle of Britain.

Since 2000, she started working for a charity in South Africa that involves the cheetah conservation which was her long time pa s sion.

Jan Leeming appeared in 2010 February celebrity episode of dining program Come Dine With Me for Channel 4. She participated in the sixth series of I’m a celebrity…Get Me out of here! She was evicted on the 19th day of the series and stood 6th in the competition where she ate vomit fruit and a witchety grub smoothie but refused to eat kangaroo’s eye, tongue, anus and reproductive organs.

She also appeared in the three-part BBC series The Real Marigold Hotel from January to February 2016 that follows a group of senior citizens celebrity on a journey to India.

Jan Leeming has been selective in disclosing her professional information as well as personal. Moving on to her relationship status, it is full of ups and downs causing great deal of emotional challenges. She has been married for five times. She was married to BBC sound engineer John Staple in 1961, estate agent Jeremy Gilchrist for a year from 1972-173, Patrick Lunt, a BBC radio 2 announcer and news reader, from 1980-1986 and has a son with him named Jonathan born on 1981, RAF Red Arrows pilot Eric Steenson from 1988-1995 and became the stepmother to Eric’s two sons.

Later in 1997, Jan Leeming married Kent headmaster Chris Russell in 1997. It is in news that she is divorced from her fifth husband as well but nothing is confirmed. She might have gone through several affairs and had boyfriends in the past but no information is available on this matter.

Seventy-five years old Jan Leeming is still an active person. She likes to engage herself in some work. She does not earn much like she used to when she was young. Her current salary and net worth is not known but is a s sumed to be satisfactory.