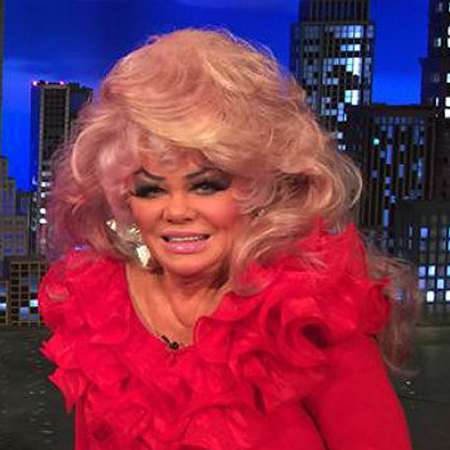 Janice Wendell Bethany, known as Jan Crouch, is a popular American religious broadcaster. She was born in New Brockton, Alabama. She was born to parents Reverend Edgar Bethany and Mrs. Laurie Elizabeth (Leard) Bethany. She is also a co-founder of the Trinity Broadcasting Network (TBN) with her husband Paul Crouch in the year 1973. She died recently at the age of 76 due to the complications of the stroke.

Being the daughter of a Reverend, she was grown in the Christian faith. She was a Pentecostal. She grew up in Columbus, Georgia. Her father was a pastor in the Assemblies of God denomination and founding president of Southeastern University in Florida. She was highly influenced by her father and his works that made her life dedicated to Christianity and follow the Christian living.

Her career as a broadcaster started as she co-founded the TBN with her husband in 1973. It is grown as the largest Christian television in the United States and currently the third largest over-the-air Station Group in the United States. It adheres the faith-based message reaching separate demographics.

TBN, JUCE TV, TBN Enlace, Smile of a Child, and The Church Channel are the five independent TV networks of TBN. Since its foundation, Jan was serving as its Vice President and director of network programming as well as the director of programming for its affiliated networks. She also had served as the President and manager of the Holy Land Experience theme park in Orlando, Florida.

Talking about her personal life, her personal life was also a successful one as her career as a religious broadcaster. She was married to Paul Crouch who died in the year 2013. She had met him while she was attending Evangel College in Springfield, Missouri. They got married in 1957 and had raised three children named,  Matthew Crouch, Paul Crouch Jr., and Andrew Crouch. Her two sons, Matthew and Paul are serving in high-ranking officials and host the program on TBN.

She had also been the grandmother of five adorable grandchildren. She was an avid dog lover and owned a Maltese dog named Trinite Chi Chi,  a dog named Pinky and two Toy Poodles named Baby Angel and Jasmine.  She had been blessed in her personal life. She is dead now but her contribution to the Christian faith and Christian world is of much more of admiration and appreciation and therefore, she is remembered to the world even when she is no more.

She was once pulled in the controversy after her granddaughter, who was a former employee and chief finance director of the network, accused her of misappropriating the network’s funds to spend for her lavish lifestyle which includes her private jets, massive wigs, expensive homes and a $100,000 air conditioned mobile home for her dogs.

She was an Honorary Doctor of Humane Letters degree from Oral Roberts University in 1990. She had achieved a Golden Angel Award for Excellence in Media and two times recipient of Parents Television Council Entertainment Seal of Approval.

Jane was a glamorous person despite she is a religious person. It is not common but everyone has got some interests. She used to earn a very handsome salary enjoying a very high net worth.

Her short bio can be found in different internet websites including Wikipedia along with the news on her funeral which is sweeping the internet.