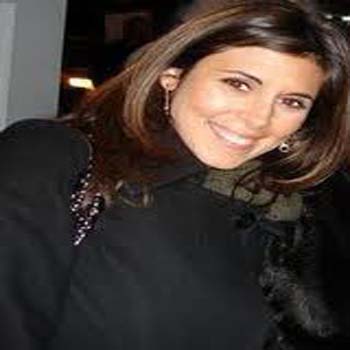 Jamie-Lynn Sigler was born on May 15, 1981, in Jericho, Long Island New York. She is an American actress and singer.

She was born to Steve and Connie Sigler; she has two brothers, Brian and Adam. Her father, the founder of the Men's Senior Baseball League (MSBL), is of Greek Sephardic Jewish and Romanian Jewish descent while her Cuba-born mother was born Catholic and converted to Judaism when marrying Sigler's father.

Sigler began acting and singing at age 7. She attended Jericho High School and also studied at the Cultural Arts Playhouse in Old Bethpage. She speaks fluent Greek and Spanish.

Jamie-Lynn Sigler has been acting and singing since the age of 7. She got her start in New York regional theatre, and has since starred in over two dozen theatrical productions including "Annie," "The Wizard of Oz," "The Sound of Music," "The Wiz," and "Gypsy." In the summer of 2001, she starred in the touring production of Richard Rodgers and Oscar Hammerstein II's "Cinderella," playing the lead opposite Eartha Kitt. Jamie made her Broadway debut starring as Belle in Disney's Broadway production of "Beauty and the Beast" from October of 2002 through February 2003. Beyond her theatrical appearances, she starred as Meadow Soprano in the critically acclaimed HBO original series The Sopranos (1999). For her work on the show, she received the 1999 and 2000 Hollywood Reporter Young Star Awards for Best Young Actress in a Dramatic Television Series and both 2001 and 2002 ALMA nominations. She also has a SAG Award for The Sopranos (1999) Best Ensemble Cast.

Jamie has also starred as former Hollywood madam Heidi Fleiss in the USA Network's two-hour original movie Call Me: The Rise and Fall of Heidi Fleiss (2004). She recently completed her first feature film, Extreme Dating (2005), and starred in the music video for Mariah Carey's single, "Through the Rain."

Sigler met A.J. DiScala when she was 19, and he became her manager. They began dating soon before she turned 21, and married on July 11, 2003. But on September 2005, Sigler and DiScala got divorced.

In 2008, Sigler began a romantic relationship with actor Jerry Ferrara, whom she met while guest-starring on Entourage as a love interest of Ferrara's character, Turtle. They split up in 2009. She then dated football player Mark Sanchez.

Since 2012, Sigler has been dating baseball player Cutter Dykstra, who is the son of well-known MLB player Lenny Dykstra. The two became engaged on January 28, 2013, and announced in February 2013 that they were expecting a baby. Sigler gave birth to their son, Beau Kyle Dykstra, on August 28, 2013. They haven’t separated yet.

Jamie-Lynn Sigler is an American actress. Her father is from a Jewish family (they immigrated from Romania and Greece). Her mother, who is Cuban, converted to Judaism.

Critics say her market value and net worth estimates at around 25 million USD.