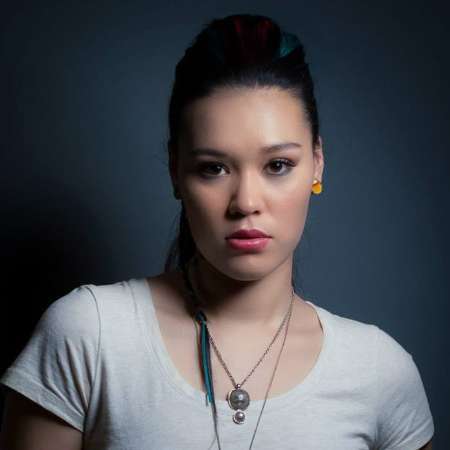 Jamie Loy was born in Tahlequah, Oklahoma, United States but her information regarding her birth date and her current age is unknown. Jamie was born as the daughter of father James Loy and mother Annie Loy and was raised in Tahlequah. According to Loy’s nationality she is an American. And Loy’s ethnicity is white. Jamie was born as the second child of his parents’ three children.

Jamie Loy attended Sequoyah High School in Tahlequah, Oklahoma and graduated from the same high school. She started her acting career, as she started a summer theater job at the Cherokee Nation Heritage Center. And during her first summer, she was able to be part of the historical documentary The Trail of Tears: Cherokee Legacy.

Jamie was also featured in several modeling jobs for Ihloff Salons and Bacardi. Jamie made her movie debut from the feature film The Cherokee Word For Water, where she appeared in the role of Elizabeth Canoe. And for her performance in the movie, she earned huge appreciation and fame.

Jamie has also been featured in the family comedy Thunderstruck along with NBA star Kevin Durant. She has also been a part of commercials of Oklahoma State Department of Health, AT&T and Dicks Sporting Goods. Jamie got a chance to be featured in the musical drama Rudderless where she appeared working alongside William H. Macy and Anton Yelchin. She has also appeared in historical documentary Unconquerable. Jamie has shown her versatility in several fields, she has also worked in several music videos for an up and coming Oklahoma band. Jamie continues to work in film, modeling and commercial and she is emerging as one of the great actress.

Jamie Loy is very beautiful lady with cute face and killer smile. Though her current relational status is assumed to be single, Jamie has never spoken about her personal life or her affair in Medias and in her interviews. Jamie’s sexual orientation is straight.

Jamie Loy has completely kept her personal matters and her personal details to herself. Though Jamie has been spotted several times with a guy hanging out together in publics places and attending parties, she has never confirmed anyone as her partner or boyfriend. Jamie is not married yet, she might be waiting for perfect time and suitable spouse to be with. Loy currently lives with her family in United States of America. And she has huge interest in sports, especially in basketball.

Jamie Loy has maintained a net worth of around few million dollars, but her salary information has not been known yet. She has perfect body structure and long brown hair. Jamie is an average tall girl with killer looks. Her fans follow her in Twitter, Facebook and Instagram. Loy bio is updated in IMDb.