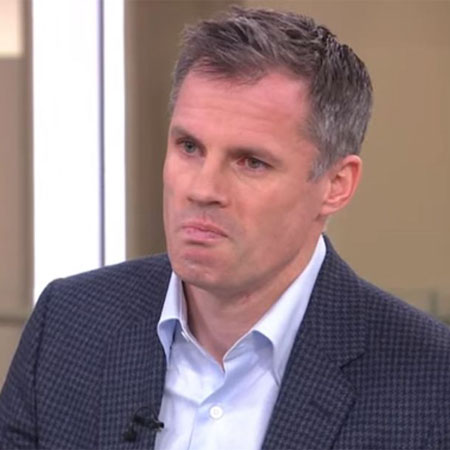 Jamie Carragher is retired English professional soccer player who played as a defender on the pitch and now Sky Sports pundit. During his football career, he played for Liverpool in his entire 17 years of professional career. He is second longest serving player of the club after Steven Gerrard making 737 appearances for the club. He was also served as the vice-captain of the club for ten years and considered one of the most iconic defenders of the Premier League era.

During his childhood, he was a fan of Everton the rival club of Liverpool but his destiny was always going to be written on the red side of the Merseyside.  Though his team did not win Premier league while he played for Liverpool but they did win Champions league 2005, two F.A cups and three league cups. He was serving as a Sky Sports pundit but was suspended after a video leak of him spitting at a car carrying a man and a 14-year-old girl after covering Liverpool's defeat over Manchester United for Sky went viral.

Born Jamie Lee Duncan Carragher on January 28, 1978, in Bootle Merseyland, he is the son of Philly Carragher and Paula Carragher. He holds English nationality and is of Caucasian ethnicity/race. He started playing football at a young age and joined Liverpool Academy in 1988 although both he and his father were Everton fans. He could have started his career from Everton but for only inspired by superior training under the influence of Steve Heighway, a former player himself, for which he joined Liverpool Academy.

On his very first appearance for the club, he could not impress his coaching staffs due to his small posture but was selected for the reserve team. Carragher played his first match as professional for Liverpool youth in 1994/95 season against Blackburn Rover in which he was also awarded the man of the match title.

Jamie Carragher's debuted for Liverpool playing against Middlesbrough in a 2-1 defeat under manager Royan Evans in League Cup quarter-final.  At beginning of his Liverpool career, he played as a fullback and was constantly switch to various positions of defense as per the need of the club. In January 1997 he scored his first goal in Liverpool shirt against Aston Villa.  After the arrival of manager Gerard Houllier in 1998/99 season, he was selected regularly for the first team and made 44 appearances for the club winning club's Player of the year award.  In 2000-01 season Liverpool won cup treble winning FA cup, League cup, and UEFA Cup in which Jamie played an integral part as left back in the team.

After the arrival of Rafael Benitez as a manager at Liverpool in the 2004-05 season, Carragher was shifted to center back from the fullback position. Under Rafa Benitez, Liverpool won 2004-05 Champions league after astonishing comeback from 3-0 down to winning AC Milan on penalties. In that campaign, Carragher also played pivotal role forming an astonishing and solid defensive partner with Sami Hypia. On 24 February 2011 Carragher made 137th European appearance against Sparta Prague setting a new British record for the most appearance in European football.

In the International level, Jamie Carragher made 38 appearances for his country England. Previously in his youth level, he had set the record for most appearances at the youth level for England playing 27 games. He has represented England internationally in the 2004 European Championship, 2006 FIFA World cup, and 2010 FIFA World cup.

After his retirement in 2013, Carragher joined punditry in Sky Sports alongside Gary Neville and Harry Redknapp. He also occasionally features as a sports columnist for Dailymail.  In 2017/18 a video was leaked of Jamie Carragher spitting at a fan's car (inside was a man and his 14-year-old daughter) after covering Liverpool's game with Manchester United for Sky. Following the incident, he was suspended as the pundit until the end of the season.

Jamie Carragher's Net worth And Salary

Like his one club status, Carragher is also same in his real life as one woman man and is married to his childhood sweetheart Nicola Heart.  The couple married on July 2, 2005, and have one son and daughter, named James Carragher and Mia Carragher.  The pair has remained together for almost 13 years and share a healthy relationship with each other.

Carragher supports Labour party and endorsed Andy Burnham in the election of the year 2010. In the year 2008 Carragher released his autobiography named Carra.