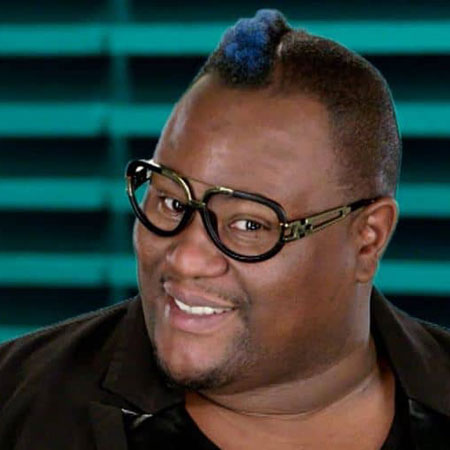 James Wright Chanel aka The Patti Pie Guy is the cast members in two series of WE TV,  L.A. Hair and Tamar & Vince. Chanel also released his first single, King, in 2016 which received a positive response from his fans. Chanel’s review video went viral on YouTube earning more than 5 millions of views. Apart from his professional life, he is currently single and has no marriage rumors.

James Chanel was born James Wright Chanel on 26th November 1980 in the United States under the birth sign Sagittarius. Chanel holds American nationality and as far as his ethnicity is concerned, he is African-American.

In 1997, Chanel completed his schooling at George Washington Preparatory High School. He started singing at his early age of three.

In 2015, James Chanel posted a review video on Patti LaBelle sweet potato pie recipe which went viral and earned more than 5 million views on his YouTube channel. After the video, he earned a nickname, The Patti Pie Guy. He rose to fame only after his review video.

In the same years, Chanel appeared in the WE TV reality show, L.A. Hair. over his career till date, he became chef, comedian, singer, hair stylist and digital media influencer. Later, Kimberly Kimble hired him to sell her hair care systems and wigs after being impressed by his amazing marketing quality.

The year 2016 was very lucky to Chanel. He released his first R & B soul single titled, King and in the same year won 2016 Soul Train Internet's Soul Sensation award.

James Chanel is unmarried and has no children. The reality star is very confidential when it comes to his dating and relationship. Chanel prefers to hide his relationship from the limelight. He has revealed only limited information to the media about his affairs and personal life.

So as per the available information, he is single currently. He might have dated his girlfriend in his past, however, has not disclosed anything related about his girlfriend.

James Wright Chanel, 37, the star of WE TV reality series, L.A Hair and Tamar & Vince might have an a s sumed net worth of 6 digits. However, the amount has not made official yet.

Chanel’s amazing marketing skill helped him sell 2.5 million pies in two days that worth $11 million. Whereas, he also earns $270-$4.3k from his YouTube channel under his own name.