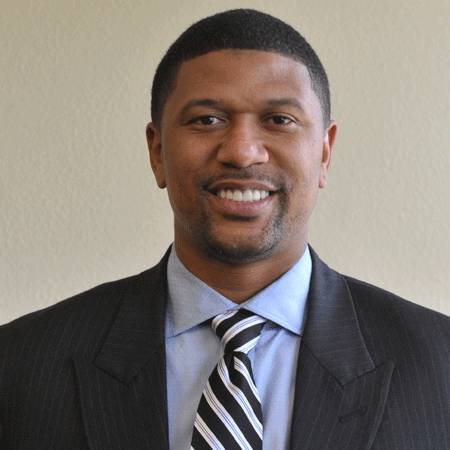 Jalen Anthony Rose was born on 30th January 1973 in Detroit, Michigan where he spent his entire childhood with his mother Jeanne Rose. He never met his biological father, Jimmy Walker in person. Walker was a former no. 1 overall pick who played in the 1972 NBA All-Star Game.

Rose attended Southwestern High School in Detroit where he enthusiastically played basketball. Later he  joined the University of Michigan in 1991 where he was a member of University of Mishigan Wolverines’ “Fab Five”. He played for Michigan till 1994 and managed to earn 1700 points, 400 rebounds, 400 a s sists and 100 steals. In 1994 he announced that he was ready to be drafted in the 1994 NBA Draft. Thus, he was selected in the first round of the 1994 NBA draft as the 13th overall pick by the Denver Nuggets. He began his pro career in 1994 as a small forward/guard with Denver Nuggets. He ended his season with Nuggets in 1996. Then, he went on to play for Indiana Pacers. In his 1999-2000 seasons with three pacers he made an average of 18.2 points per game and also led his team to the 2000 NBA Finals.

Later on, in the six game series, he averaged 25 points which also included a 35 point effort in a game five win.  He then went on to sign a deal with Chicago Bulls in 2002. He left the Bulls in 2004 for Toronto Raptors. After a few seasons with Toronto raptors he went on to play shortly for New York Knicks on 3rd February 2006 for a $3million contract. Later, he went on to receive around $16 million a year. On 7th November 2006 he decided to play for Phoenix Suns in a $1.5 million, one year deal. 2007 marked the end of his active playing years. Throughout his NBA years Rose has managed to earn an average of 14.3 points per game, 3.5 rebounds per game, and 3.8 a s sists per game. After leaving NBA, Rose went on to become a reporter for TNT. Then, in 2007, he worked for ESPN’s Sportscenter.

Rose’s former girlfriends are rumored to be Alexandra and Krissy Terry. Terry and Rose have been spotted in many events together but no one knows their relationship status. Terry is a singer , dancer and actress from Ohio.  Jalen has not married yet, but has a child named Mariah Rose.

Rose is currently 42 years old, weighs around 98 kgs and is 6 feet 8 inches tall. Till date, he has been noted for his excellent playing abilities many times. In 2000 he was named NBA Most Improved Player, NBA All-Rookie Second Team in 1995 and in 1994 he was named Consensus second team All-American. Rose received a Bachelor of Science degree in Management Studies from University of Maryland University College. Throughout his 13 years of NBA, Rose is estimated to have earned $100000000 in salary compensation. He is currently working as the official Amba s sador and spokesperson for the National Basketball Retired Players Association.