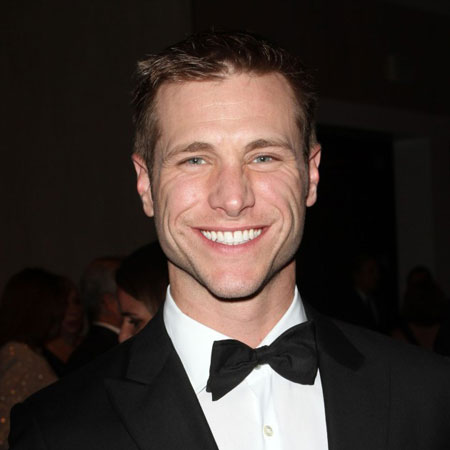 Jake Pavelka is a renown television personality as well as a pilot. He is best known for his appearance in the fifth season of the ABC reality show The Bachelorette. He also appeared on several commercials and television programs under the alias Jake Landrum.  First TV appearance was on Walker, Texas Ranger.

He is of American nationality. He spent most of his childhood in Dallas with his siblings. He is the middle child. His has two brothers named Jason and Matthew.  He has two nephews. Jake is the cousin of TV presenter, model, actress and personal trainer Jessie Pavelka.

Pavelka grew up in Denton, Texas where he first started taking flying lessons when he was twelve. He got so enthusiastic about becoming a pilot that he made it his mission.

Pavelka was very interested in sports and he played high school football. In 2001 he successfully became a certified flight instructor. Pavelka joined the University of North Texas and Embry-Riddle Aeronautical University in Daytona, Florida for Aerospace engineering to hone his abilities. At the age of 23, Pavelka became an airline captain and flight instructor.

Thus he began working as a pilot for Atlantic Southeast Airlines. Furthermore, Jake was dubbed as Jake Landrum in the TV world where he acted in numerous television commercials and programs produced in the Dallas area.

Pavelka is noted mostly for appearing in six reality shows. He first made an appearance as a contestant in 2009, in the fifth season of the ABC reality show The Bachelorette. Pavelka was previously eliminated from the competition but was brought back by ABC to star in the 14th season of its series The Bachelor in 2010 where he chose contestant Vienna Girardi.

He was yet again summoned for the tenth season of Dancing with the stars. He was eliminated fifth. In June 2010, Jake was to guest star in an episode of fictional reality dating show, Drop Dead Diva. He went on to guest star on The Bold and the Beautiful on 14th January 2011.

Jake is currently 37 years old and stands tall at the height of 5 feet 11 inches. Jake has an athletic body and a well-structured face admired by many ladies. His athletic body may also be the resultant of his participation in triathlons. Jake’s net worth is estimated to be $500000.

The bachelor ended with Jake proposing marriage to contestant Vienna Girardi in the March 2010 finale. However, as any other Bachelorette contestant, the couple eventually split up in June 2010.

Jake went on to date Meghan Jones in 2010 and then went on to date actress Ashley Ann Vickers from 2011 to 2012. In October 2012, Jake began dating actress Kristin Chenoweth. He split up with his girlfriend in February 2013. He has not married yet and does not have any children.