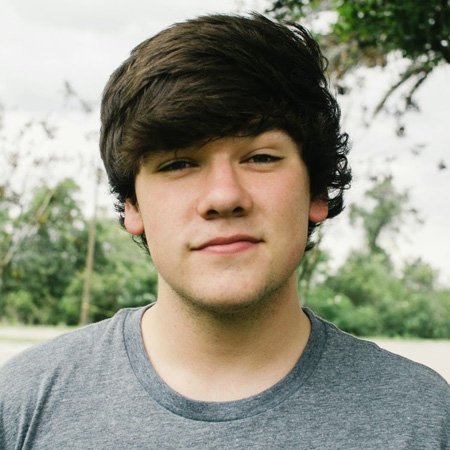 Jake Foushee is an American professional voice actor and Impressionist widely admired for his appearance on The Ellen Degeneres Show, Good Morning America, and Inside Edition. He is also well known for his Vine account where he earned more than 1.7 million followers. Outside of Vine which is now dead, he is popular for his YouTube channel MoonWalkHD.

Jake Foushee was born on 1 May 1997 in North Carolina, U.S. He has a brother named Luke Foushee who is younger to him. He belongs to white ethnicity. His star sign is Taurus and calls his grandfather his 'pop.'

From his early age, Jake was passionate about singing and acting. He attended Cary Academy based in North Carolina

Jake Foushee started his career with a video post where he did a voice over of Transformers. Since then he has featured in the different shows like Ellen and GMA among others.

Jake Foushee debuted in the world of movies and films in 2014. He acted in a documentary movie named Jack & Jack the Movie. Jake worked alongside Jack Gilinsky, Kenny Holland, and Cody Johns.

Jake Foushee has also made several appearances on popular television shows like  Good Morning America, The Ellen DeGeneres Show, and Inside Edition.

Jake Foushee is at the beginning of his career, and it looks like he has a successful future ahead.

Jake Foushee is too young to enter into married life, so he is obviously unmarried now. He is also not known to have a girlfriend publicly.

Jake Foushee is a supporter of Dallas Cowboys. He follows Dak Prescott, Dez Bryant, and Jason Witten. Cooking and Adventure traveling are his hobbies.

Jake Foushee worked with controversial YouTuber such as Sam Pepper and other YouTube personalities like Jacksgap, and Joey Gatto.

YouTubers and internet personalities are the new celebrity craze these days. With YouTubers like Pewdiepie having $20 million in net worth, it is safe to assume that an upcoming star like Jake Foushee with his share of fame and followers has at least a $500k  in net worth.