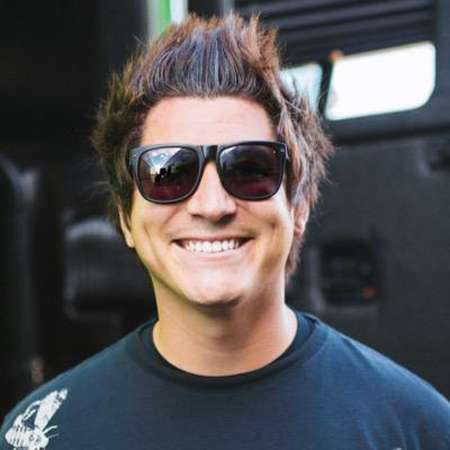 Jaime Preciado is an American ba s sist who is popular as a part of a band ‘Pierce the Veil’. Preciado joined the band in 2006. Similarly, he has released two albums with the band named ‘Selfish Machines’ in 2010 and ‘Collide with the Sky’ in 2012. Likewise, in 2014, Jaime was awarded as 'Best Ba s sist' at the 1st Alternative Press Music Wards.

Jaime Preciado was born on 17 May 1986 in San Diego, California. His real name is Jaime Alberto Preciado. He also has a brother named Chris Preciado and both of his parents belong to Mexico.

Jaime Preciado went to EI Captain for his high school education. He was always very interested in music and playing musical instruments. Before graduating, Jaime began his career as a ba s s player in a local metalcore band named ‘Trigger My Nightmare’.

'Pierce, the Veil', formerly known as ‘Before Today’, was a post-hardcore band from San Diego. In 2006, when the band changed their name to ‘Pierce the Veil', ba s sist Jaime Preciado joined the band along with his friend Tony Perry as a lead Guitarist.

Jaime Preciado, along with the band, released the album ‘Selfish Machines’ on 21 June 2010 under Equal Vision Records. The album actually referred to the human nature and the animal-like qualities of all the humans. The album was ma s sively successful and also made it to number one on the Billboard Heatseekers Chart.

Similarly, in 2012, the band members released another ma s sive successful album ‘Collide with the Sky’. The album became their biggest success winning nine awards in the best of 2012 reader’s poll, conducted by Alternate Press.

Jaime Preciado and Jessica Rose are in a relationship since 2003. Jaime Preciado has an amazing height of 5 feet 10 inches and has tattoos on his ear and hand. He has not talked about his net worth and earnings, yet.