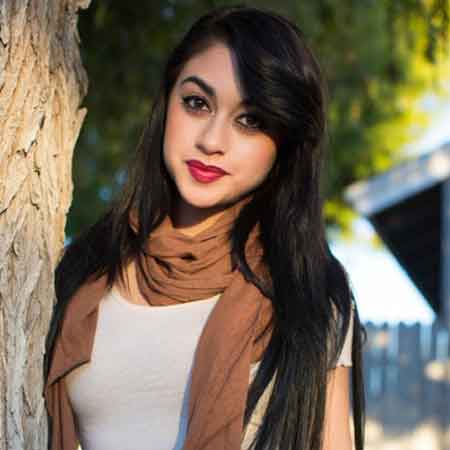 Jailyne Ojeda Ochoa is one of the successful social media stars who has ama s sed a mega social media fan following within short span of time. As of July 2018, she has over 8 million followers on her Instagram account. After achieving tremendous success at such a young age through Instagram, she explored other territories of the entertainment industry featuring in the music video Tus Lagrimas, a song by Alfredo Olivas. She has also featured in numerous commercials.

Jailyne Ojeda Ochoa was born on January 9, 1997, in Arizona, United States. Her birth sign is Capricorn which defines her personality as ambitious, conservative, determined, practical and helpful. She has a younger brother named Johnny Ochoa.

Ochoa graduated from the University of Arizona. She also prepared herself for the life of a model by enrolling into Barbizon Modelling and Acting School.

Jailyne Ojeda Ochoa has a keen interest in modeling from her early days. She is known as an American fitness model, artist, and popular social media star. She quickly built an impressive reputation on social media platforms especially on Instagram posting pictures and videos of her voluptuous figure. And in just two years, she earned a huge fan following and one her video hit over 1.6 million views in a day.

In addition to social media, Ochoa also featured on the music video for Tus Lagrimas, a song by Alfredo Olivas. She also appeared on the song from Nroc Leoj, titled Chemistry. A social media phenomenon has likewise done promotion work for various nightclubs in Arizona. And she has featured in a number of commercials.

Ochoa also started her own iPhone App under the title JLeanStore.

Jailyne Ojeda Ochoa's net worth is believed to be more than $3 million at present. She has earned a decent amount of net worth from her prolific career.

As a fitness model, Ochoa has also worked for several modeling agencies as well as appeared in various ads. And her annual salary is over $89,043. She has done many promotional works and has been represented by the South West Modeling agency.

She was featured in the music video for the Alfredo Olivas song Tus Lagrimas. She and her friend Adilene Idale are both models who became popular through Instagram.

Jailyne Ojeda Ochoa is yet to be married and neither dating anyone as of now which simply means her current relationship status is single. She is more focused on her meteoric career.

Ochoa has kept extremely secretive regarding her love life and has managed to keep her boyfriend and affair away from the limelight.

Looking like superwoman in my @fashionnova jumpsuit. #zeus #littlebrother #johnny

Pomsky is quite active on Instagram where she has more than 8.7million+ followers. She is an avid animal lover, has a pet dog named Pomsky. She often showcased her fondness towards dog posting several photos on Instagram. She is close to her family.