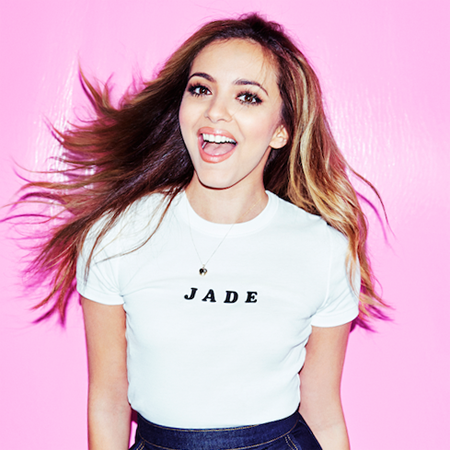 Jade Thirlwall is an English pop singer, well recognized as a member of the girl band called Little Mix, she is also known as the winner of the eighth season of The X Factor.

Jade Thirlwall was born on 26th December 1992 and grew up in the Laygate of South Shields. She was born to Norma Badwi and James Thirlwall. Jade also has a brother, Karl. Jade is caucasian in ethnicity and holds British nationality.

Jade began singing since her early age of six and thought of becoming a singer after she performed in her school. At her age of thirteen, Jade attended St. Wilfrid College, during that time, she learned various courses.

She began singing at her early age of six and took part in several singing contests. When she was sixteen, Thirlwall began singing in pubs and clubs. In 2008, Jade went to the audition for The X Factor, but could not pass it at the Bootcamp stage due to lack of confidence.

Jade failed to impress the judges with her solo singing and was teamed up with Leigh-Anne Pinnock and one more contestant in the group called Orion.

Even though, it was her third time. Jade's group Orion could not achieve success and moved on to form her new girl band called Little Mix, along with Leigh-Anne, Perrie Edwards, and Jesy Nelson, and finally won the title of the eighth season of The X Factor.

Later in 2012, Little Mix released their debut album titled DNA which peaked at number four on the US Billboard 200. Since then the group has released several other songs and albums. This band also has a Youtube channel on which we can listen to official tracks, experiences, and trailers.

The cute British singer is currently dating with her boyfriend Jed Elliot, popular as an American music artist. Jade and Jed are having an affair since 2015, and still, they have a strong bond.

Previously, Thirlwall was in a relationship with Sam Craske from the dance band Diversity. They dated for a year and got separated.

Jade Thirlwal makes a good amount of money through her musical career, as their band, Little Mix is still popular all over. Currently, Jade's total net worth is estimated to be $ 5 million.