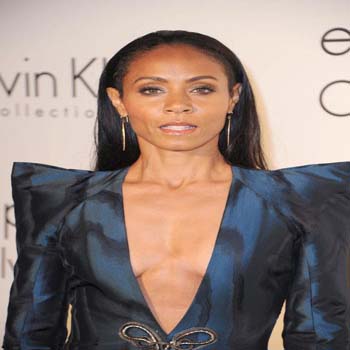 Jada Koren Pinkett Smith a multitalented personality was born on 18th September 1971 in Baltmore, Maryland in US. Smith is an American songwriter, singer, actress and also businesswoman too. She started her career by making guest appearance in short lived sitcom named True Colors in 1990. She had starred in various films including The Nutty Professor A Different World, Menace II Society, Madagascar, Madagascar: Escape 2 Africa, Ali, The Matrix Reloaded, Madagascar 3: Europe’s Most Wanted etc. She had also written and sang many songs. Her music career had started in 2002. She had also created a production company and wrote a book which was published in 2004. Her estimated net worth is about $20 million.

Pinkett’s name was given after her mother’s favorite opera soap actress Jasa Rowland. Pinkett’s ancestry is African-American, Creole, Portuguese-Jewish and West Indian. She is the daughter of Bandfield Jones and Robsol Pinkett Jr. her mother was a nurse of an inner-city clinic in Baltimore while her father ran a constructive company. Pinkett was raised by her mother and grandmother. She had a young brother named Caleeb Pinkett who is an actor as well as a writer. Because of her passion for arts her grandmother sends her to tap dance, piano and ballet lessons. Pinket and her mother are very close to each other. Also she greatly admires her grandmother too. She had attended Baltimore School for the Arts. Then she graduated in theatre and dance in 1989. After graduating she still continued her education in North Carolina School of the Arts. After completing her education she moved to Los Angeles in California.

In 1990 Pinkett met Will Smith on a television show of Smith named The Fresh Prince of Bel-Air. First of all they became good friends and started dating in 1995. The couple got married on 31st December 1997 in The Cloisters. Pinkett had stated in an interview that she would throw her career away before she let it break up their marriage and she had also made it clear to Will. The couple has two children. Pinkett gave birth to her first baby boy named Jaden Chritopher Syre Smith in 8th July 1998 and her second child is a baby girl born in 31st October 2000 named Willow Camile Reign Smith. She is also step mother of Trey Smith, son of Will’s first wife.

Pinkett is a beautiful multitalented woman in Hollywood. Just to maintain her beauty Pinkett had done plastic surgery of her face. Due to the surgery even at the age of 40 she looks more beautiful and younger than her age. She had also done some medical treatments in order to make her skin tight as well as to look youthful.

Pinkett had begun her acting career in 1990 starring in an episode of True Colors. After that she appeared in a supernatural drama named Moe;s World. She had also done guest appearance in Doogie Howser: MD also in 21 Jump Street. In 1991 she had also acted in NBC television sitcom named A Different World. In 1994 she had acted in an action-comedy film named A Low Down Dirty Shame. In 1995 she had acted in Tales from the Crypt: Demon Knight. Due to her act in the film she got chance to act in The Nutty Professor. In the first week the film earned $25 million. Next year in 21996 Pinkett had role in a crime drama named Set It Off. She had done other many films named Scream 2 in 1997, Bamboozled in 2000. Due to her performance she got opportunity to act in many film like The Matrix Reloaded, The Matrix Revolutions, Enter The Matrix which were the sequels of The Matrix. She had also directed film. Her first direscted film is The Human Contract.

In 2002 Pinkett made a metal band named Wicked Wisdom. In the band she is lead vocalist, Pocket Honore, Rio and Cameron. Miguel Melendez and James Lassiter manage the band. On 21st February 2006 the band had released their first album named Wicked Wisdom. the album became the greater hit. It peaked number 44 on the Billboard’s Top Heatseekers chart.